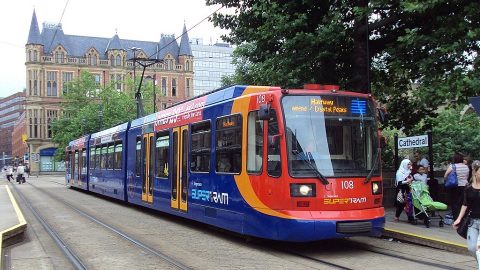 British construction company VolkerRail, subsidiary of VolkerWessels, is providing a new stage in the track replacement on the Sheffield Supertram network. The works have started in the middle of April and will continue by the end of August. The project includes the installation of 22 kilometres of new tracks.

“These rail replacement works, a project started in 2013 and resumed last year, are essential to extend the lifespan of one of the best-loved modes of transport in the region, which began operating 25 years ago. The new rail will give passengers a better Supertram experience – improving comfort and reducing noise in areas where tracks are currently worn,” said Tim Taylor, director of customer services at South Yorkshire Passenger Transport Executive (SYPTE).