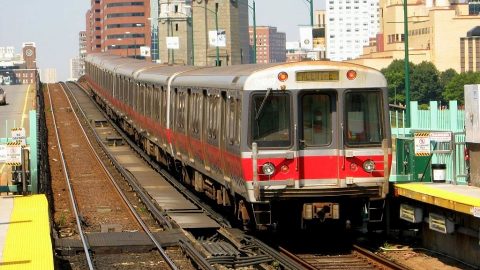 Alstom has concluded a deal with the Massachusetts Bay Transportation Authority (MBTA) to supply a new generation of a signalling system for the Red and Orange lines of Boston Metro, officially known as MBTA subway. The contract is valued at 80 million Euros. Alstom will install its solutions in cooperation with the U.S. engineering company Barletta Heavy Division. The project will be accomplished in 2022.

The modernisation of the signalling systems on the Orange and Red lines will reduce headway between trains, increase the lines’ capacity and maximize fleet performance. “Along with our partner, Barletta, we are honoured to have been selected by MBTA to contribute to the increase in capacity and reliability of Boston’s Red and Orange lines,” Jérôme Wallut, Senior Vice-President of Alstom in North America, said. The lines have a total length of 72 kilometres and include 41 stations. They are the most popular in Greater Boston. These two routes serve almost 40 per cent of passengers in the Boston metropolitan area.

According to the contract, Alstom will provide the Orange and Red lines with the latest generation of digital audio frequency technology, replace the existing relay-based train control with Alstom’s iVPI (integrated vital processor interlocking) and install the latest generation of microprocessor-based train control interlocking. The French company will also deliver its AFTC5 track circuits to improve the performance of the MBTA fleet.

Moreover, Alstom will supply the new Model 5F wayside switch machines and LED signal upgrades. They will be installed on the Southwest corridor of the Orange line. The Ashmont station and Columbia Junction on the Red Line will receive a new, fully wired central instrument houses.