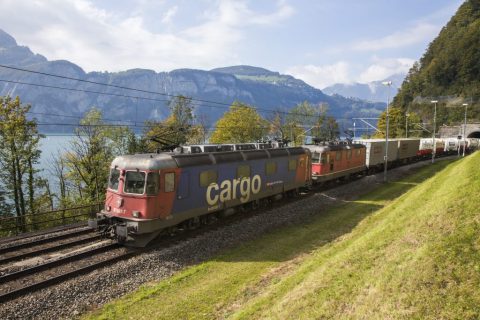 Restructuring funding for railroads by increasing direct subsidies to infrastructure companies and lowering track access charges can lead to more efficiency and higher output. That is the view of Georg Götz, Professor of Economics at Justus Liebig University Giessen. “You wouldn’t have to spend more, as a government, but you would have to spend it in a different way. And the argument is that, if you do that, you would probably improve the efficiency of the system.”

Professor Gotz has done empirical research into the amount of money eight different countries spend on rail infrastructure, how they spend it and if either one of these factors have an impact on the performance on the railways. According to this research, everything matters. “Spending more is always better,” argues Gotz. “But it also matters how you spend the money.” Professor Götz will present these findings at the Track Access Charges Summit on 4-5 April in Amsterdam.

Calculating track access charges is very complicated, according to Götz. “How do you measure these total costs? Calculating marginal costs is already complicated.” Götz makes a comparison to a Mercedes car: “What if Mercedes produces an additional car? What is the cost of this new car, without taking into consideration that they had to develop it in the first place?”

There are several factors that need to be taken into account when calculating track access charges. One of them, is the location of the tracks. Ones that are in rural areas are not used as frequently by passenger trains as tracks between large cities. So maintenance costs may be lower, because there are less trains to damage the tracks, but per train the track costs more. The opposite is true for frequently used tracks. Other rules apply to freight transportation, as those tracks often run into neighbouring countries.

Another factor is what the market can bear: “The problem is that you want these companies to pay marginal costs, but you also want to get back the investment, at least to a certain degree. Can the companies bear a certain surcharge on this direct or marginal cost? That is why it is so complicated.”

To make matters even more complex, every country has their own funding structure to pay for infrastructure. “Theoretically, you want to have a price that is close to the marginal costs.” Götz further explains by, again, making a comparison to a Mercedes car: “If you are willing to pay the cost of a Mercedes Benz, you should be able to buy one. That is the theory. In other words, if a train can cover the marginal costs, it should run. But if those marginal costs are close to zero, and everybody pays close to zero, we cannot maintain infrastructure. What is the smartest thing to do? Every country has a different way of handling this.”

One example of just how countries handle this can be found in Germany, the home country of Götz: “In Germany we already spend a lot on public services, about 8 billion euro. This is comparatively high to other European countries. About 50 per cent, or 4 billion euros, is passed through to the infrastructure by relatively high track access charges. Wouldn’t it be smarter to give it directly to infrastructure operators, rather than via the passengers and train companies?”

Götz emphasizes that this isn’t so much about spending more, as it is about restructuring how to spend the funds. “One way or another, we have to pay for running the trains and maintaining the infrastructure. You wouldn’t have to spend more, as a government, but you would have to spend it in a different way. And the argument is that, if you do that, you would probably improve the efficiency of the system by attracting commercially operating companies to provide additional services.”

Götz did empirical research to come to this theory. He and his PhD-student Jan Schäfer looked into how eight different countries structured their finances. Götz concludes that the best way to structure funding for the railways is to directly subsidize, instead of through passengers. “What this econometric analysis shows is that it’s better to directly subsidize the infrastructure and to lower track access charges.” In every country with high subsidies paid directly to infrastructure managers and high overall expenditure, output was higher and the tracks were used more efficiently.

Here is why lower track access charges would in theory be a good idea, according to Götz’s research: “Say the regional government thinks about ordering an additional train service from train companies. This is seen as a public service obligation. Currently they would have to pay high track access charges, whereas the marginal costs are actually lower. So regional government might decide to not provide the service, even though it would be beneficial from a social point of view that they do run an additional train.”

Götz compares this to hotel tax: “Some cities implement a hotel tax: tourists pay a tax to stay in a hotel in your city. You don’t get any money from the people who say ‘Oh I don’t want to go to Cologne anymore because now it costs more.’ Economists call this efficiency loss,” Götz explains.

But these kinds of costs and discussions on financing structures are part of the political discourse. “If the track access charges are high, freight transport will not shift to rail, as governments want to right now.”

Georg Götz is one of the speakers at the Track Access Charges Summit 2018. The topic of his presentation is: ‘Is there a tradeoff between track access charges and public service contributions?’ Find the rest of the programme here and book your place online here.