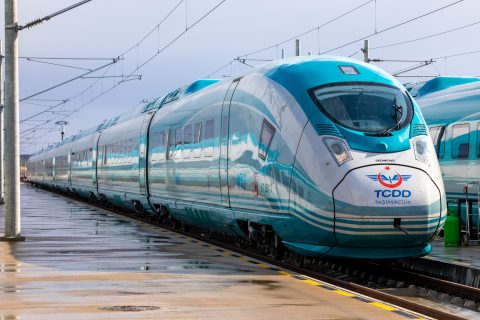 Individuals at Siemens Mobility Turkey may have bribed Turkish government officials, construction company Kolin and Turkish State Railways (TCDD), a whistleblower has alleged. Documents regarding the allegations and a subsequent investigation by Siemens Mobility were uncovered by Turkish media over the weekend.

According to newspaper Cumhuriyet, a whistleblower had claimed that Siemens Mobility Turkey officials distributed 10 million euros of a contract worth 60 million with Kolin to the mentioned parties. An intermediary and high-placed individuals at the local division of Siemens Mobility allegedly also received a cut. The case dates back several years, as an internal investigation report into the matter was only released in September 2021. The whistleblower did not provide evidence for the claims.

While the Siemens Compliance Regulatory Department could not substantiate the claims of corruptions and bribery, it did say that the payments made to Kolin were inconsistent.

“Although no bribery was found, Kolin was paid without meeting the requirements of BCG Section G1 (Bribery and Corruption) concerning payments to third parties, and there was a lack of adherence to financial controls in violation of H4 (Books and Records and Financial Integrity)”, the report reads, adding that “Siemens Mobility Turkey engaged Kolin without any serious consideration given to the work they could perform”.

The investigators also noted that the contract was “poorly conceived” and that it did not have “sufficient legal review”. A practice of “approving payments without supporting documentation” was also uncovered, as well as a “toxic working environment”.

Siemens Mobility, in comments to RailTech.com, said it “complies with all national and international compliance standards. The company shows zero tolerance towards corruption, violations of the principles of fair competition or any other breaches of applicable laws and internal policies. As this matter is the subject of ongoing labor court proceedings, please understand that the company will not provide further comments.”