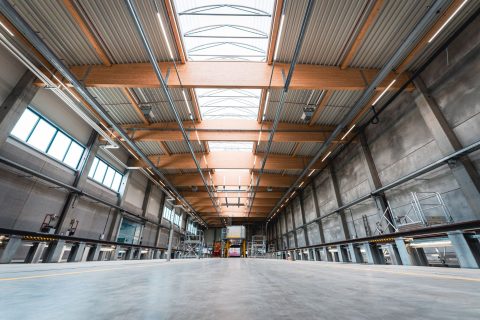 ÖBB Train Tech will invest 600 million euro in its 22 maintenance locations across Austria, the company said on Wednesday. The sites in Vienna, Linz, St. Pölten, Knittelfeld and Innsbruck will be the main beneficiaries.

ÖBB Train Tech has earmarked 470 million euros for the modernisation and upgrade works at the mentioned locations. Another 140 million euros will be directed towards the other 17 maintenance locations.

In Vienna, some 33 million euros have already been invested in a dedicated hall for the Nightjet sleeper trains. Another 100 million will be invested in the expansion of this hall in the future, which will include a 235-metre-long workshop. In due course, this addition will be built out to 285 metres in order to service longer trains.

The location Vienna Floridsdorf will be expanded as well. ÖBB Train Tech will invest 80 million euros in the site, where ÖBB’s new double-decker trains are serviced

The workshop in Innsbruck, where long-distance trains undergo maintenance, will gain a 285-metre-long, three-track workshop. This, in combination with the overall modernisation of the Innsbruck location, will require an investment of 70 million euros.

“The expansion of our fleet necessitates require the expansion and modernisation of our technical maintenance capacity. With our 4,000 employees, we ensure the maintenance of 22,000 trains and the refurbishment of 700,000 components. In order to be prepared as possible for the future, we are investing heavily in our locations,” ÖBB Train Tech managing director Sandra Gott-Karlbauer says.

In addition to the upgrade and modernisation works, ÖBB Train Tech will also be hiring 1,000 new maintenance staff in the five years.

At current pro rail era, with planned 200% added market shares, etc., and infrastructure, where track condition is far from sufficient,
investing at maintenance is low risk…