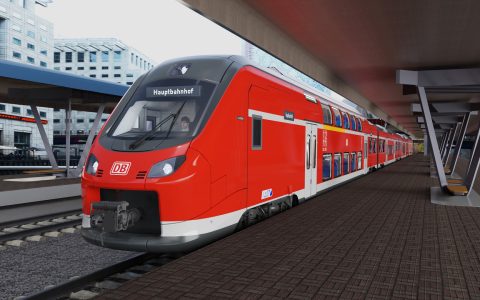 Alstom will supply DB Regio with 17 units of the Coradia Stream. The order consists of 13 four-car trainsets and four sets comprising five cars. The units will operate on the Main-Weser subnetwork.

In practice that means that the new Coradia Stream units will be put to use on DB Regio’s RE 30 line between Frankfurt and Kassel. As such, they will also call at the towns of Giessen and Marburg. While the two parties didn’t say with the new trainsets will enter into service, they are scheduled “support the planned timetable change on 15 December 2024”, Alstom wrote over the weekend.

The 13 four-car trainsets have a capacity of 420 seats, while the four five-car trainsets can seat up to 540 individuals. Capacity can be further increased in a double traction operation, raising the available seating capacity to 960. The Coradia Stream additionally has free Wi-Fi, power sockets, barrier and ramp free access, as well as 30 bicycle spaces.

Assembly of the new trainsets for DB Regio will take place at Alstom’s Salzgitter site. Once available, they will be operated by DB Regio Mitte, within the states Rheinland-Pfalz, Hessen, and part of Baden-Württemberg and Saarland.