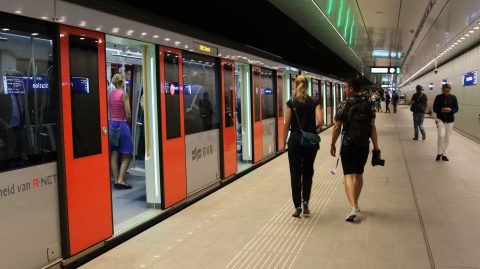 Metros Amsterdam North-South line can turn round without driver

In Amsterdam, the North-South metro line has gone into service. The new safety system makes it possible for metros at the Northern station to go driverlessly to the depot and to turn round. The metros can also stop automatically at stations and adjust their speed to run more punctually.

Senior Project Manager Wim van Spronsen and Project Engineer Manager Ronald Doeleman at provider Alstom were both involved in the implementation of the Communication Based Train Control (CBTC) system. The Amsterdam North-South metro line has been equipped with this system. In the future, the Gaasperplas, Ring and Gein routes will also be fitted with CBTC.

The CBTC system works using the ‘moving block’ principle, in which metros communicate their positions via a radio network. As the metros continually communicate where they are, they can run very closely to each other. Van Spronsen: “With CBTC we build a sort of safety envelope round the metro. The tail of the envelope round train A forms the end of the authorisation of the following train B.”

An important difference with other safety systems is that the CBTC system for the Amsterdam metro is equipped with Automatic Train Operation (ATO), which on other projects is used to run driverless trains. On the Amsterdam network, however, they have opted for Grade of Automation 1 (GoA 1), in which drivers accelerate and brake themselves, and GoA 2, in which train driving is extensively supported by the system.

“The advantage of GoA 2 is that, after the driver closes the doors and presses the ‘go’ button in the driver’s cabin, the metro accelerates and brakes automatically between one station and the next. When the metro reaches the next station, the driver opens the doors,” explains Doeleman. “The traffic control system sends information to the vehicle about the schedule of the service. For instance, the stopping time at a particular station can be shortened, so the metro can get back on schedule,” he continues. “The metro driver gets a message on the screen about how many seconds there are until departure, meaning that trains run more punctually.”

Alongside going automatically between stations, the metros can also perform Automatic Long Turning (Automatisch Lang Keren, ALK). “This function has already been installed at Noord station and will soon also be possible at the terminal stations Gaasperplas, Gein and Isolatorweg”, says Doeleman. “The metros on the Noord/Zuid route travel up and down the line, so they must turn round at the end of the line. At Noord station this can happen driverlessly, so the drivers themselves can drink a coffee, use the toilet, or go to another metro.”

Automatic Long Turning without passengers works as follows: Once all passengers have got off the metro, the driver shuts the doors and switches to ALS mode. The traffic control system communicates the departure time to the metro. The train runs autonomously to the turning track, stops at the pre-defined location and turns round.

Once the route to the departure platform is determined, the metro goes automatically to the platform. The automatic train movement stops at the beginning of the platform. Then, the (new) driver gets on the train, activates the driver’s cabin at the front, and selects the GoA 1 or GoA 2 mode.

The metros communicate via a broadband radio network with the central apparatus and traffic control. The radio network is used for communication with the safety system, but also for example for Train TV. Van Spronsen: “With cameras on the platforms, drivers can see via the system if all passengers are on the train, after which the doors can be closed. Train TV also gives traffic control the option to look at video images on the trains, for example if incidents occur.”

Installation on other metro lines

The CBTC system has now been installed on all other Amsterdam metro lines, and tests are currently underway. Starting next month, what are known as ‘High Speed tests’ will begin, in which the new safety system will be tested at section speed with multiple metro trains.  These tests will take place at night, during the weekend, for a year. The tests are needed to gather what is known as the safety evidence. They will be followed by an extensive implementation with the users of the new system before this system is employed on the rest of the metro network. At the end of 2019, Alstom will deliver the safety case to the Municipality of Amsterdam, which will show that the system is safe for use. 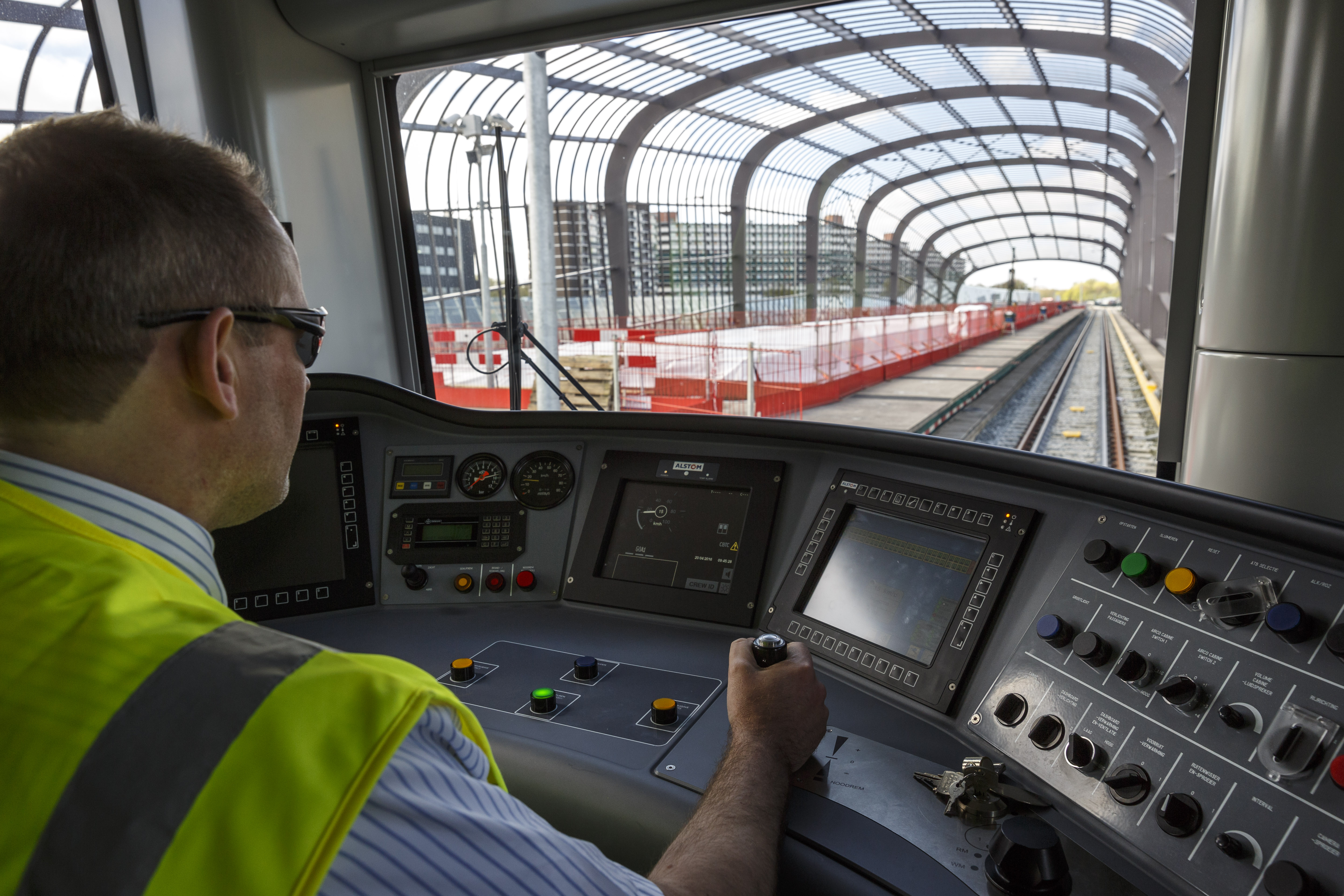