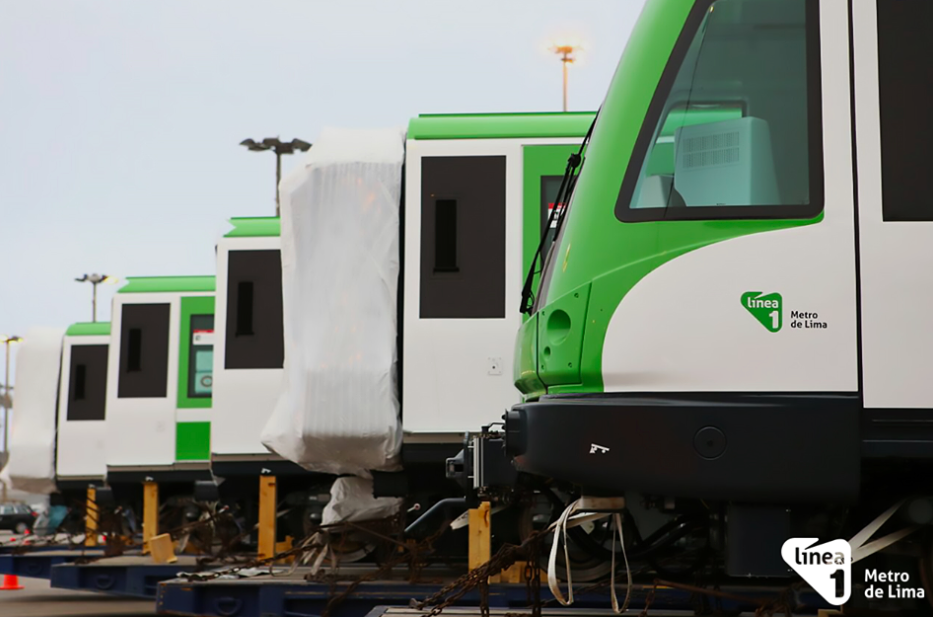 The Peruvian capital Lima’s Metro Line 1 upgrade is a vital project for both city and country. Line 1 will eventually switch to full ATO operation to match the UTO GOA4 proposed for Line 2, where a 90 second headway is required. That’s where Julian Holmes comes in. As Principal Consultant SE&I, Signalling & Train Control Systems at engineers CH2M, his 20+ years of expertise is ensuring he plays a crucial role in a multidisciplinary team providing assurance, due diligence and technical & rail systems engineering support.

His presentation at the forthcoming Intelligent Rail Summit will provide an analysis of the technical and physical constraints of combining a rail systems engineering outlook where the benefits of an upgraded ATO system depend on traditional rail disciplines. In this Q&A feature, he shares with Railtech some of his thoughts on how the project is being approached and how obstacles are being overcome, ahead of his appearance at the Infocenter of Wiener Linien, Vienna, on Tuesday November 28.

RailTech: What do you see as the main challenges in balancing the benefits of upgrading to a UTO GOA4 system against the traditional rail sector disciplines of rolling stock, operations, traction and so forth? It is more technical or attitudinal/cultural, or a mixture?

JH: “Lima Metro, especially with Lima Metro Line 1, demonstrates that in striving towards UTO and headways of 90 seconds you have to bring on board the traditional rail sector disciplines of rolling stock, operations and traction with each rail system supporting the achievement of the UTO requirements. UTO actually brings these systems together in a very coherent way. ATO provides the case for bringing into service the latest build and longer modern trains. This includes the Alstom Metropolis 9000s, for which given an efficiently distributed traction power system of 1500Vdc, timetables may be optimised. The main challenge is more in having the rail system’s engineering view of UTO to make it practically workable. Lima Metro has precisely this rail systems engineering view, and the technical, attitudinal and cultural aspects are all pulling together.”

Q: At the Intelligent Rail Summit in Vienna, your paper will discuss the ‘urgent need’ to start planning and implementation. From where is this urgency coming – is it customer demands, infrastructure deadlines and/or political pressures?

JH: “The urgent need to start planning and implementation of Lima Metro Line 1 is mainly to have the government backing and funding in place so that the UTO project can go ahead in a well-phased and programmed way. The case for UTO is relatively well understood. Population and employment growth, especially in major and capital cities such as Lima, brings with it unprecedented passenger demand that requires a viable and integrated transport system, the backbone of which is generally the Metro system.

“Cities such as Lima develop masterplans well into the future, and these require financial backing from government and international development banks. UTO can make investments tied to future metro projects more attractive and, in the process, reduce the strain on the public transport system and alleviate roadway congestion.”

Q: Given your experience, have sensed or heard much reticence from people in general towards ATO as a concept, for example, safety concerns – and are attitudes now changing?

JH: ATO, I think, has gone beyond being a concept. Docklands Light Railway has had driverless trains now for decades. GoA3/GoA4 systems, where implemented, have an excellent safety record. If there is any reticence, it likely has to do with the holy grail figure of ’90-second headways’ for GoA3/GoA4. Seeing is believing though.

Q: If you could choose one key message that delegates would take away from your presentation at the Intelligent Rail Summit, what would it be?

JH: Latin American countries like Peru are willing and able to take on the challenges of ATO/UTO and make it happen. They should be given our full technical support.