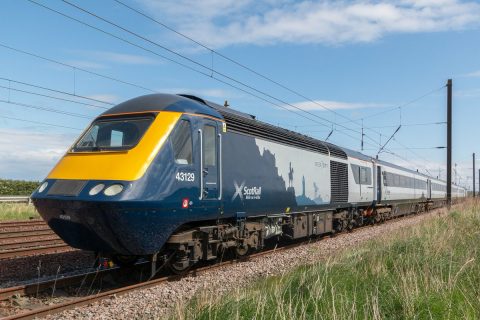 Scottish railways back in public ownership

The Scottish government in Edinburgh has confirmed on Wednesday it will take the railway system back into public ownership in one year from now (31 March 2022). The move was widely anticipated, after the government exercised an option to terminate the contract of Dutch company Abellio, who have been managing the franchise since 2015. Next,  it will be run through an intermediary company owned and controlled by the Scottish Government.

The announcement, made by the Scottish transport secretary Michael Matheson, ended speculation about the future of the rail network operation in Scotland. There had been extensive criticism in the and at large of the operation of the network, which had prompted the decision by the government to terminate the contract. The news comes only a few weeks after the government in Wales took steps to nationalise the network there, amid growing fears of collapse due to economic pressures caused by the pandemic.

Elsewhere in the UK, passenger franchises remain suspended, with the government in London taking overall control, while modifying the agreements with franchise operators to make them management contracts under emergency measures. The set up in Northern Ireland remains an integrated transport body, devolved from the government in Belfast.

In a statement, ScotRail management confirmed the announcement and said it expected to be relieved of duties in March 2022. “The Scottish Government today confirmed that when the Abellio ScotRail franchise ends on 31 March 2022, a new public sector body will begin running ScotRail”, they said. “We want to reassure you that we’ll keep operating a reliable service to support the vaccine rollout and the opening up of the economy over the coming months, as preparations are made for the introduction of the changes”, they said.

ScotRail confirmed their intention to cooperate with the government throughout. They further said they will work closely with Transport Scotland, the Scottish government’s agency, and with Network Rail, the infrastructure management agency that looks after the whole UK. Scot to ensure a smooth transition to the new operator, to deliver stability for customers and railway staff.

Since Abellio was awarded the franchise in 2015, they have invested 475 million pounds (about 530 million euros) in new and upgraded trains and infrastructure. “Recently, we’ve also been delivering sustained high punctuality, in particular during the pandemic”, they said. “Our customer satisfaction scores are a testament to the hard work of our 5,200 highly-skilled staff. Throughout the pandemic, we’ve provided a vital service working closely with partners across the railway and in government. We’re proud of our role in such challenging times.”