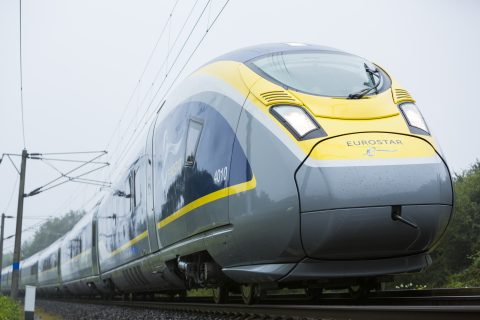 UK rail union RMT launched a political campaign and petition called ‘Save Eurostar’. They fear that a political stand off at national government level risks leaving the future of Eurostar ‎under threat. The operator is struggling financially since the drop of passengers due to the pandemic.

Eurosceptic or Eurolover, many Brits seem to agree that the Eurostar, which links the UK and the mainland via rail, is too important to collapse. Recently, prominent Brexiteer Robert Oulds, director of the eurosceptic Bruges Group thinktank, told Express.co.uk that Eurostar needs to be saved; “but we must take back control from the French. We can call it Brit-star – or Brit Tunnel.” Eurostar, which is indeed 55 percent owned by French state operator SNCF, carried around 11 million yearly passengers before the pandemic. In November, Eurostar said it is “fighting for its survival”, when passengers volumes dropped with as much as 95 percent.

The RMT (Rail, Maritime and Transport union) is now stepping up political campaigning and pressure for government support and has launched a petition aimed at Transport Secretary Grant Shapps. “The Eurostar will be essential to the UK’s green economic recovery from Covid-19. Eurostar is a UK-registered company with its head office in London and the company supports over 3000 UK jobs. It would be disastrous, economically and environmentally, if the service were not protected.” The petition already received more than 6.000 signatures.

Eurostar is partly owned by the French state owned operator SNCF, and it has received over 200 million pounds in support from other shareholders during the pandemic. However, given that it is likely to be some time before passenger numbers return to pre-Covid levels, it needs further assistance to ensure it can survive during the pandemic. “Unlike other transport operators, including airlines, Eurostar has not yet received any Covid-19 state support from the UK Government.”

RMT General Secretary Mick Cash said: “Nobody should be under any doubt that the future of Eurostar, and the thousands of jobs that it supports, is threatened by the current stand off. It is essential that Governments, including the British Government, make the emergency funding available to bridge a way through this current lockdown and ensure that Eurostar is there, fighting fit, to help the economy punch its way out of this crisis and provide the essential green rail links to the continent.”