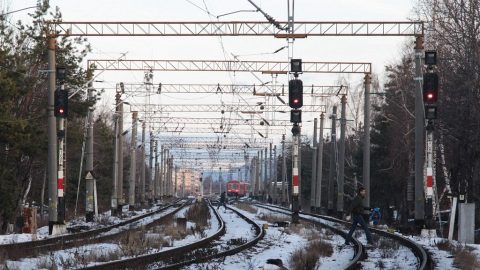 The Rotterdam Declaration was signed in December 2016 under the Netherland’s Council Presidency. It was the first such declaration, but formed the basis of EU policy when it comes to rail freight. The sector identified ten priorities, which were presented during the Rail Freight Day. The sector stakeholders decided to work together on the priorities in an integrated way, and in July 2017, they set-up the Sector Statement Group as an information sharing platform. Rapporteurs were appointed for each of the identified priorities.

For four years the forces of the Ministries, EU and sector were joined and focussed on commonly agreed priorities for boosting international rail freight. The progress on the priorities and what needs to be done next are described in a practical manner in the Sector Statement, while the Ministries reconfirm their support in the so-called Berlin declaration, explains Ad Toet, who was one of the Sector Statement’s working group pioneers.

Key issues are Digital Automatic Coupling, the implementation of ERTMS with due attention for the investments in on-board equipment, the network’s Time Table Redesign, digitalisation and -last but not least- the continued work on the TEN-T network’s infrastructure including the possibility of running 740m trains. “Because the work on the priority issues extends over many years, it is applaudable that the Member States and the sector have reconfirmed their commitment to the jointly agreed priorities”, said Toet.

“We notably welcome the clear commitment of the Member States to agree on a migration strategy for Digital Automatic Coupling and the recognition of the importance of further digitalisation of infrastructure networks, capacity management and allocation”, the Sector Statement Group (SSG) commented.

The follow-up report of the Sector Statement Group is available here.