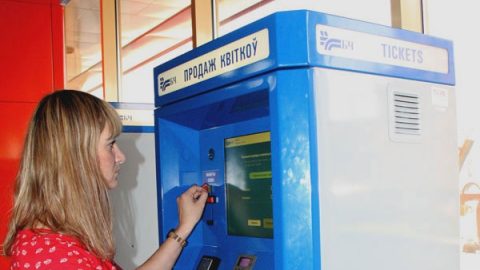 State-owned enterprise Belarusian Railway has installed 10 new ticket machines at Minsk railway station. By using them, the passengers are able to purchase tickets for the Minsk City Lines, the S-Bahn-like train service in Minsk and its environs, and for the regional trains. The railway company has also implemented the onboard payments with the help of bank cards, smartphones or smartwatches.

The new ticket machines accept all the bank cards including the international ones. Also, the passengers are allowed to pay with cash, both paper banknotes and coins. The devices are capable to give the change. With new ticket machines, the travellers can take a look for the schedule of the next trains on several popular routes.

Besides the ticket machines, passengers can use the new option. On 12 June Belarusian Railway has launched onboard payments via contactless bank cards, smartphones, smartwatches and other mobile devices supporting the NFC technology. The new service is available on the trains of the Minsk City Lines. This project was implemented in a partnership with BPS-Sberbank, a subsidiary of Russian-based Sberbank. According to the railway company, the new payment option is widely popular on the route between Minsk and Zaslawye, a town in 20 kilometres northwest of the Belarusian capital.

Belarusian Railway also intends to implement the online ticket sales for the Minsk City Lines and regional trains. The online tickets will be unnumbered, without noting a seat. The new option will be launched in September. Together with improving the ticket service, the railway company plans to tighten control on stowaways.