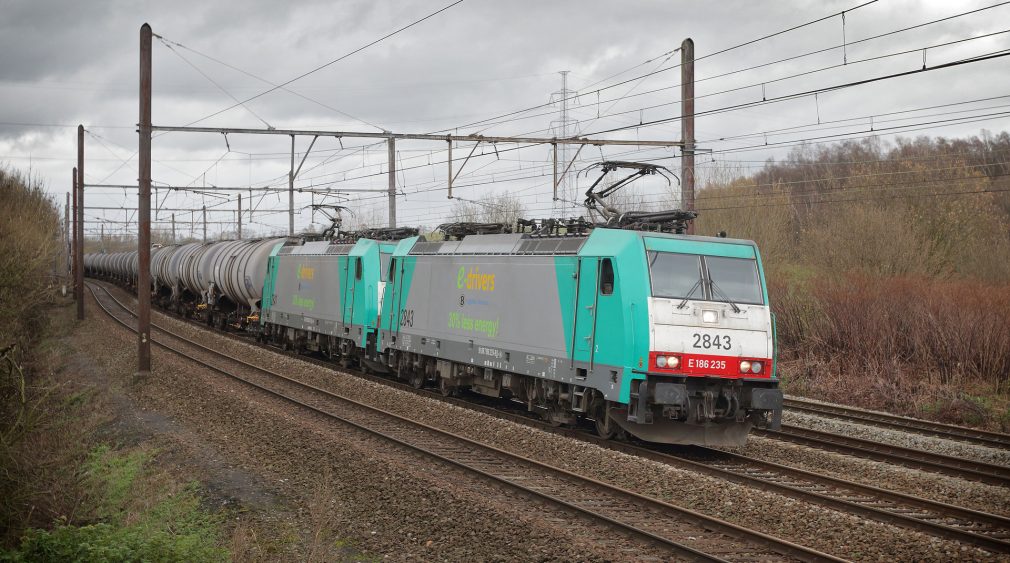 Train drivers at Belgian rail freight operator NMBS Logistics have managed to reduce the energy consumption of a series of freight trains by 25 percent in one year. Additionally, the trains which participated in the trial received 72 percent less double yellow or red flags, thus improving rail safety. This trial was made possible by using energy meters on the locomotives. Railtrack management company Infrabel’s Bart van der Spiegel from Energy Management will give a presentation about this trial on January 28th at the Rail Technology Conference in Paris.

Infrabel and NMBS Logistics started the trial in 2013, in which fifty of the rail freight operator’s trains were fitted with energy meters. That represents a third of NMBS Logistics’ total fleet. Van der Spiegel says ‘’The Energy meter measures the electrical energy and make sure that the lower energy consumption also reduces costs.’’

“Based on the data that the energy meters give, the hight profile and the speed profile, drivers can prepare for their journeys. The aim is to avoid undesirable stops as much as possible. It is stopping and starting again that uses the most energy. When preparing for a journey, drivers can take into account the trains that are travelling in front of, and behind them. If they see that there is a disruption they contact the traffic controller. On the basis of this information they decide for themselves whether they should slow down at a certain point or if they should coast.’’

“The drivers prepare their own instructions which they can see on a tablet during their journey. There is a lot of competition internally between drivers, fuelled entirely on pride. They are fabulous employees who are happily doing this for their employer, NMBS Logistics.”

“By driving less jerkily, the trains use less energy. They stop less, and pull away with less speed. The managers expect to forecast a reduction in speed and a considerable increase in coasting. The braking process is slower, so more energy can be supplied back to the overhead cable. Much less energy, therefore, is used.”

With these measures, the train drivers managed to reduce the energy consumption by 25 percent in one year and receive 72 percent less double yellow or red flags. Alongside the decrease in energy consumption and rail safety, this manner of driving also reduces the wear on the train’s brakes as well as the track infrastructure, says van der Spiegel.

The next step in reducing energy consumption on the Belgian tracks, according to Van der Spiegel, is to commission a Traffic Management System (TMS). “This TMS predicts in advance where trains will come into conflict. Traffic controllers can then propose an alternative themselves. This is calculated immediately, so the timetable is subject to real-time change.”

“Drivers need this information in order to avoid unwanted stops. Infrabel is investigating how they can export the TMS data to tools on the trains. These could be Driving Advisory Systems. They give the drivers feedback so they know in advance the time frame that they have to reach the next location. This allows the driver to transport goods from A to B in a user-friendly and energy-efficient way.”

Infrabel wants to significantly reduce energy consumption on the Belgian tracks in the coming years. The rail infrastructure manager would like to see all 1500 locomotives and train carriages that run on the Belgian tracks fitted with an energy meter and a Driving Advisory System. NMBS Logistics’ research shows that this could significantly reduce costs. “Infrabel wants to provide rail companies with the right information. The installation of energy meters and Driving Advisory Systems is a profitable investment which can be recouped’’ concludes van der Spiegel.

Please click here to register for this interesting event:
https://www.railtech.com/paris-conference-2016/register/