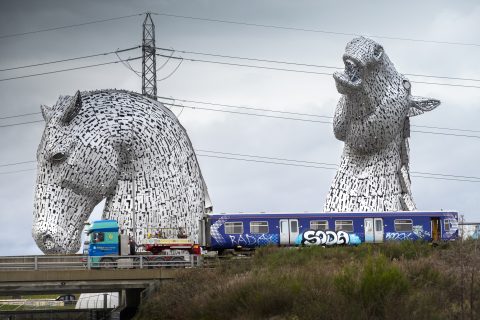 Hydrogen has all the impetus behind it, and it is even compatible with existing technology. But what could be (safety) issues in the rollout of hydrogen in rail or gaps in existing standards? Those are some of the questions being posed by the Rail Safety and Standards Board (RSSB), Britain’s appointed independent safety, standards and research body. Anything that makes the rail network more sustainable takes their interest.

The impetus within the railway industry is swinging towards the elemental benefits of hydrogen fuel. The RSSB is investigating the essential technical questions for its safe and efficient roll-out into everyday operations. Within their remit, they are looking into how hydrogen might be adopted across the network, starting with the suitability of existing standards and the boundaries of responsibility between different organisations.

Although not new, hydrogen fuel cells are considered a highly novel technology. Unlike the century of experience in coal and oil fuels, handling hydrogen in quantity on a daily basis is relatively new. Despite that, the energy source is already being piloted within railway operations, and techniques are developing rapidly. “It is very rare that truly novel technologies enter an existing socio-technical system”, said the RSSB.

Hydrogen fuel cells are very different from existing systems such as diesel or mainline electricity. Despite this, the technology is already being tested within the UK by manufacturers. A project is underway in Scotland, where the government in Edinburgh has set stringent targets for decarbonisation.

In some countries, hydrogen fuel cells have already been deployed within railway operations. The RSSB questions that ‘full steam ahead’ approach. They argue that caution may be the better way to take with hydrogen fuel cells right now, particularly considering the need for competitive advantage.

“The Traction Decarbonisation Network Strategy (TDNS) has identified which parts of the GB network are most suitable for hydrogen fuel cells”, say the RSSB. “High quality research from the Centre of Excellence in Rail Decarbonisation at the University of Birmingham has often been critical to the development and success of these projects”, they say. “The interest of manufacturers, individual rail operators and GB rail overall is easy to understand, because hydrogen fuel cells potentially provide a very low carbon and easily obtainable renewable fuel source.”

According to the watchdog, hydrogen brings a whole new suit of issues to be addressed. “Some may be relatively obvious, such as the risk of hydrogen gas combustion under very high pressure”, says the RSSB. “Others are less obvious, such as where on rail vehicles, and on which routes, hydrogen storage tanks should be installed. Existing track infrastructure will affect whether this can be under a vehicle or above it, each of which will have their own additional safety issues.”

RSSB has established a research project to evaluate the next phase of hydrogen fuel cells in rail. They say five points need consideration, and have published a report, addressing the first two of them. This report makes for fascinating and important reading.

The first issue is the suitability of existing standards and whether there are any gaps in existing standards. Sixteen working groups were identified and evaluated from a hydrogen perspective. Any illusions about the simplicity of the task were dispelled by the identified total of 97 standards for development. These range from fuel cell placement to depot maintenance and operation staff competence.

Once all that has been resolved, the report turns to the boundaries of responsibility. A very detailed division of responsibilities between train operators and other organisations has been considered, as well as the legal context. It discusses how these issues have been handled in other high-risk industries such as nuclear and construction. “Whether you are a hydrogen aficionado or reluctantly hydrogen-curious this report is important and useful reading”, says the RSSB, who believe evaluating hydrogen roll-out before it starts will prevent avoidable problems. “We look forward to the next stage of this research project.”