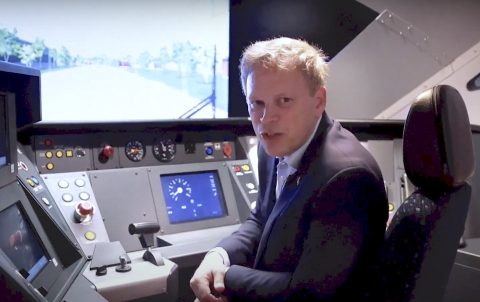 The announcement that the East Coast Main Line (ECML) will benefit from a significant digital upgrading has caught the imagination of the rail industry at large. There is a genuine belief that the twenty-first-century signalling system will enhance the line’s capacity and significantly improve the UK network overall. Yet scepticism remains.

However, there are still those who remember the budget electrification of the line in the 1970s and the decades of rectification work that have been needed ever since. Therefore there is a degree of scepticism that the project will be delivered for the 1-billion-pound budget (1,3 billion euros) and will all sectors benefit equally – including rail freight.

It has been a long time since Deltics and coal dominated the ECML. The thunderous diesels were, at the time, the most powerful locomotives on the UK network, as they hauled twelve-coach Anglo-Scottish services at 100 miles per hour (160 kilometres per hour) along the 400 miles (640 kilometres) between London and Edinburgh. They weaved past heavy mineral trains emanating from the coalfields of Yorkshire and Northumberland, which rarely achieved half that speed.

The pattern has changed significantly since then. Passenger trains are faster and more frequent and its slower inter-urban and commuter services that weave between the expresses. Freight comes in boxes doing 75mph (120 kilometres per hour). The mineral traffic is bound for the building sites, not London’s closed coal-fired power stations. Does this new signalling project address those challenges? Well, in part, yes, but in part no.

A close examination of the project scope shows a few metro-centric, London-biased aspects of the new signalling system and suggests that the lessons of the 1970s have been partially forgotten.

To begin with, if you operate north of Grantham in Lincolnshire – a town that few outside of Westminster would consider as ‘northern’ – you’ll see no change. “The technology, which will be rolled out across the entire southern section of the line – from London’s King’s Cross to Stoke Tunnels, just south of Grantham”, says the Department for Transport (DfT). That is a substantial 120 miles (193 kilometres), but it does leave Doncaster, York, Leeds, Middlesborough, and the direct 280 miles (448 kilometres) to Edinburgh untouched. Freight operators may already be disappointed, particularly given that the section between Newcastle and Edinburgh is already at a premium for paths due to the intensive use by main line, inter-regional and open access passenger operators.

The government claims that a third of the UK population lives within 20 minutes of an ECML station. Cynics may suspect that statistic is based on accessibility by helicopter. Tellingly, the government’s slick little video featuring the telegenic transport secretary Grant Shapps shows squadrons of trains (not helicopters) moving along the line at a uniform speed. The suggestion that all traffic on the East Coast Main Line moves at the same speed seems somewhat disingenuous. Not even GB Railfreight’s (GBRf) new class 93 bi-modes will be swift enough to keep pace with a Hitachi electric multiple unit going fast enough to rattle the suspension.

The ECML is one of the UK’s most heavily used mixed-traffic routes, playing daily host to commuter traffic around several urban centres, regional expresses, and high-speed passenger services. Add to that regional freight traffic and infrastructure workings before even considering the traffic crossing the route or using it in part, and you have a much more complex traffic pattern than the almost metro-like graphic depiction. Observe it closely, and the indication is that the entire route will be upgraded – in contradiction to the official statement from the DfT.

No one is suggesting that the belated adoption of the European Train Control System in-cab signalling is not welcome. However, claims that the government is replacing “Victorian infrastructure” seem a little hyperbolic. That sort of spin casts doubt on other claims of collateral benefit, not least the throwaway line of “the new technology creating around 5,000 jobs”. However, many of them may be realised, and how many would be in the rail freight sector is open to conjecture.

The DfT statement does not put a timescale on the implementation of the project – unless “investment to bring railway into the twenty-first century” counts as a commitment to beat a 78-year deadline. It does, however, concede that: “Network Rail will prioritise the request for a further investment of 427 million (495 million euros) as part of the next control period settlement, bringing the overall investment to just under two billion pounds (2.32 billion euro). Having already spent 350 million, by the DfT’s own figures, that’s 223 million under 2 billion. Quite a large “just under” – but maybe not enough to upgrade the actual whole East Coast Main Line. That Victorian infrastructure will have to last a bit longer.