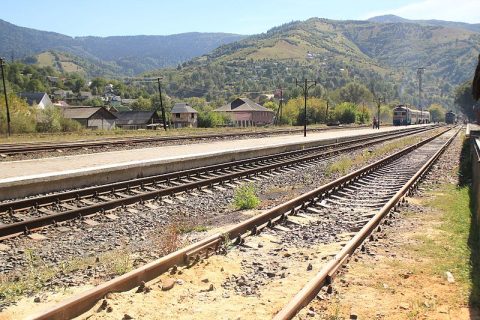 To improve the connections to neighbouring European countries, Ukraine is planning and carrying out railway construction works. The efforts include reopening sections of railway that have been out of service for years, which can play an important role in exporting Ukrainian products such as grain.

The railway link to Moldova is scheduled to reopen this autumn after 25 years of not being in operation. The Infrastructure Ministries of Moldova and Ukraine recently signed a Memorandum of Understanding (MoU) to this end.

The two countries reopening the Berezino-Basarabeasca rail link is aimed at facilitating Ukrainian imports and exports. With the restart of services, Moldova will gain direct access to the Ukrainian port of Izmail on the Danube and alleviate the heavily congested river port of Reni located nearby. Additionally, Ukraine will be able to export its products via rail directly to Moldova and other EU countries via the Berezino-Basarabeasca rail line.

The Ukrainian section of the Berezino-Basarabeasca railway section was opened in 1997, said Moldova’s Ministry of Infrastructure. Sitting idle 25 years, the line needed refurbishing. The railway is 23 kilometres long, of which 1,2 kilometres in Moldova. Most of the work will therefore take place on the Ukrainian side of the border.

From July 2 onwards, repair works on the Ukrainian section Rakhiv – Berlibash near the Romanian border will be carried out as well. Ukrainian Railways will suspend the train 55/56 service on the Kyiv – Rakhiv route during the restoration works. There have been no cross-border trains since the early 2000s. Before that time, there was a Rakhiv – Sighetu Marmatiei diesel train service, which was subsequently cancelled.

In Romania, at the nearest station Valia-Viseului, there will a possibility transferring passengers and the reloading of goods onto the Romanian railway, writes Ukrainian media outlet Passenger Transport. The resumption of cross-border traffic on the route that passes through the city of Sighet in Romania – Uzhgorod – Rakhiv was already on the cards again before the war started. In January, the Regional State Administration of Transcarpathian in Romania resumed talks on reopening the line, which at the time mainly aimed at passenger traffic.

Restoration of track to Poland

The Ministers of Infrastructure of Ukraine and Poland, too, confirmed the importance of restoring additional railway connection between the countries last May at the recurring conference “Europe of the Carpathians”, named after the Carpathian Mountain range that stretches all the way from Czech republic to Serbia to the south.

“The participants of the conference especially noted the importance of restoring the once existing railway connections in terms of redirecting the export of Ukrainian products from blocked Ukrainian ports and the use of railway transport capacity for this purpose”, said Yuriy Buchko, Deputy Head of the Lviv Regional State Administration.

In the Lviv region itself, restoration of the Starzhava-Khyriv-Nyzhankovychi railway towards towards Poland has begun. The technical tasks that need to be taken into account when compiling the design and estimate documentation were identified. At the same time, a mechanism is being developed to restore the railway connection Zaguzh (Poland) – Khyriv (Ukraine) with the continuation of the route in the direction of Nyzhankovychi (Ukraine) – Przemyśl (Poland).