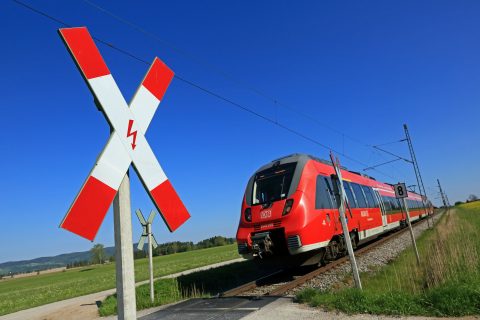 DB Regio train in Poland derails after collision with truck

A DB Regio passenger train derailed in the north west of Poland on Thursday morning after a collision with a truck. The train came from the city of Szczecin and had Berlin as its final destination.

The train derailed around half past five on Thursday morning near the village of Kolbitzow, located a stone’s throw from the German border. Images show that the two front trainsets have run off the rails. According to local authorities, eight minor injuries were reported. The images also show that the train collided with the trailer of the truck, not the cab of the truck itself.

The repair work lasted all night. On Friday after 12 o’clock traffic between Szczecin and Tantow in Germany has been restored, reports Radio Szczecin.

The driver of the truck allegedly ran a red light at a level crossing, a local police spokesperson said. The driver’s defense was that he was temporarily blinded by the sun. At least 35 people were evacuated from the train. Eight passengers of the train were treated for minor injuries at the scene. The other passengers were taken to Germany by bus. Police are continuing to investigate the collision.