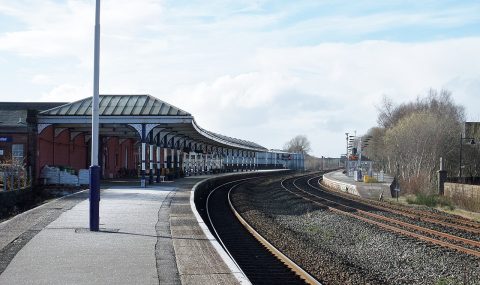 Ricardo and its partners have received additional funding in order to move their ‘Holistic Hydrogen Approach to Heavy Duty Transport’ (H2H) project to the next phase.

The entities, which also include Scottish Power, Network Rail Scotland and the University of Leeds, have received the so-called been granted ‘Alpha Project’ funding from the UK’s Strategic Innovation Fund (SIF).This should enable the partners to move from the discovery phase to a more detailed exploration of their plans to help remove all diesel trains from the UK network by 2040.

The four partners aim to explore the use of green hydrogen in hydrogen trains on rural routes in Scotland. The green hydrogen will be produced using renewable energy, which would otherwise remain underused in the area.

Ricardo, Scottish Power, Network Rail Scotland and the University of Leeds will now have six months to work out their plans and enter the competition for large-scale funding. That phase would mean readying those plans for market. Under the H2H project, the replacement of diesel trains by hydrogen trains in Scotland is envisioned by 2035.

Yes and as understood an HYBRID, it provides for as well a robust, redundant and environmentally friendly electrification of railways, for the timely!
(Current mode for electrification, the environmentally friendly, regrettably has turned one of the devastating bottlenecks of railways.)
Vulnerable and not redundant, railways, simply has turned low quality, as clients now, suddenly, have shifted strategy to “On Demand” and “JIT”.
(Just a minority now affords luxury of not caring about “eta”…)