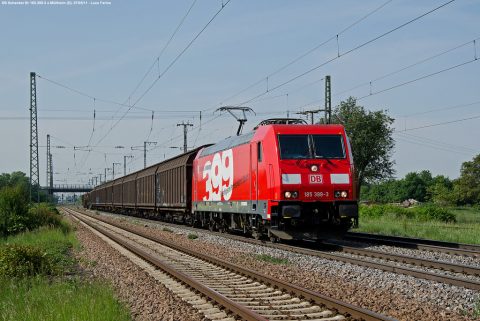 In the first half of 2018, DB Cargo suffered an operating loss of 127 million Euros in earnings before interest and taxes (EBIT). In the same period last year, Deutsche Bahn’s rail freight subsidiary came to a loss of 28 million Euros.

Traffic performance in ton-kilometres fell 6.7 per cent. Due to the poor figures of DB Cargo, the result before interest and taxes at parent company Deutsche Bahn also fell by 17.4 per cent to 974 million euros. However, according to the group, turnover increased by 2.8 per cent to 21.5 billion euros.

DB Cargo has been in a reorganization for years. Freight transport by rail is under pressure and DB Cargo is struggling with a number of loss-making activities, such as the transport of a few wagons. The latter requires a lot of expensive shunting work. Wagons, for example, have to be collected from large shippers near their location and elsewhere to be assembled into complete trains.

In previous years, strategic plans for DB Cargo have been drawn up, which ultimately have to provide growth again instead of the current contraction. However, these plans have yielded little for the time being.