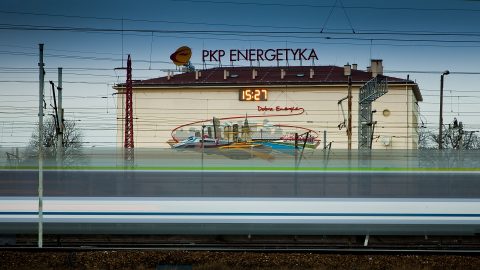 Poland wants to meet the requirements of the European Green Deal and to become climate-neutral. To this end, the Polish rail sector will play a key role in shifting the country to renewable sources of energy. What targets should it achieve in this regard?

The Polish rail sector is moving forward to become environmentally-friendly and climate-neutral. “With regard to the policy of the European Union related to the so-called New Green Deal and the achievement of the climate neutrality by 2050, Poland has great challenges in that process,” Ireneusz Zyska, Secretary of State at the Ministry of Climate and the Government plenipotentiary for renewable energy sources, said at the conference ‘Railway on energy’ (‘Kolej na energie’ in Polish) that took place in Warsaw last week.

One of the most important challenges for the country and its rail sector is the energy sources. “The demand for energy used by railway could be met with using the renewable sources of energy. Our potential in this area is huge,” the official noted. According to him, the Polish government plans to construct new offshore wind farms in the Baltic Sea with a capacity of over 10 gigawatts. This project must be implemented by 2040. “That energy produced by the wind farms will be consumed, among others, by the railways and the transport sector in general,” Ireneusz Zyska added.

In this regard, PKP Energetyka, the energy supplier on the Polish railway network, is also focused on introducing renewable sources for the energy consumed by the rail sector. The company’s CEO Leszek Hołda has announced that within the programme ‘Green Railway’ (‘Zielona Kolej’ in Polish), it is planned to reduce the consumption of energy produced from the conventional sources by more than 2 terawatt-hours until 2030. By that time, the share of renewable sources of energy supplied to the railways will be 85 per cent. Moreover, the railway operators in the country are providing the energy-saving policy by installing the energy meters on the rolling stock, using the braking energy, introducing the eco-driving and constructing the photovoltaic panels.

Mr Hołda also noted that these initiatives are in line with the expectations of the customers. “There is more and more consciousness among Poles that we should take care of the climate. 73 per cent of the interviewed people are ready to change the private cars for public transport,” he said. The chairman of PKP Energetyka also specified the implementation of the environmentally-friendly programme on railways will provide four benefits to the national economy:

“De facto, the railway may become a skeleton of the green mobility,” he summed up. It is to be recalled that the Polish state-owned railway holding PKP S.A. has been implementing some measures in this regard. It installs the charging points for electric vehicles at the train stations. There is such kind of installations at the stations in six voivodeships of Poland.