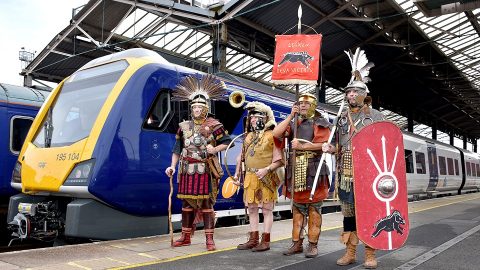 It’s a month since the UK’s newborn and veteran train operators have declared their inspiring plans for the future. Some companies even managed to report fewer quick wins. On the other hand, at least six British operators came under criticism due to the lower performance, train cancellations, strikes and other issues. They are at risk to lose their franchises. This stimulates to reflect on the future of the franchise model in the United Kingdom.

Last year Britain waved goodbye to Virgin Trains that had been working on the West Coast Main Line for over 22 years. It was the longest-running rail franchise in the UK since the privatisation in the 1990s. Despite this, the company of Richard Branson failed in a competition with a consortium of Trenitalia and FirstGroup. In this context, many journalists mentioned other, unsuccessful, story dealt with Virgin Trains. It was the East Coast Main Line connecting London to Yorkshire, the North East and Scotland where Virgin Trains was an operator for only three years. It lost this franchise due to the bad performance and insufficient service.

It seemed that a new train timetable having introduced in the mid-December would improve the situation on the British railways. New trains, new connections, faster and better service, new opportunities for the passengers… The companies announced the planned improvements. However, the new operational year unveiled the same problems. In December two Abellio’s subsidiaries, Greater Anglia and ScotRail, were criticised due to lack of service. The latter even took a serious hit from the Scotland Government. It decided to oust the company from the franchise deal earlier than it was planned before.

In spite of some improvements, the beginning of the new year showed the same issues. In this case, the British media reported the possible loose of rail franchise by four operators: South Western Railways, Northern Rail (a subsidiary of Arriva), West Midlands Trains and TransPennine Express. Moreover, the passengers of Greater Anglia again suffer from the train cancellations and bad performance. Of course, this list is not full. If we take a closer look at the local media, we could find much more criticism related to other train operating companies.

This troubling story looks like the fictional town of Macondo described by Gabriel García Márquez in his novel ‘One Hundred Years of Solitude’. In the imaginary location created by the famous Colombian writer, the plot runs in a magical circle where every new generation faces the same problems as the previous did. “Franchising is dead. Long live franchising!,” as British railway historian Christian Wolmar once noted in his column. But the long life is impossible without transformation.

Rail franchising is a painful topic for the UK rail sector and for the passengers as well. Everybody from the ordinary commuter to the ministers and Members of Parliament likes to condemn the lack of service offered by the British railway operators. A week ago, the issue of West Midlands Trains has been discussed in the House of Commons. “The bell is tolling for West Midlands Rail,” said Prime Minister Boris Johnson. These discussions have already caused the reshuffle in the company’s management.

At the same time, this topic is a fertile ground for various analysis and proposals. Thus, the above-mentioned Virgin Trains proposed some improvements in this area. Inter alia, the company would like to implement the airline model for the rail sector by introducing train slots like in aviation. This means to change a focus from the routes to time. Also, Virgin Trains offered to increase the timeframe of rail franchise up to 20 years. However, these ideas have not been taken into account by the UK Government.

The latest proposal to improve the rail franchising in the UK was made by Campaign for Better Transport. At the end of December 2019, the advocacy group published a report ‘The Future of rail’ with its own proposals regarding the franchises. “The current franchise model has led to the railway becoming increasingly complex and distant from the consumer. The loss of accountability has contributed to consumers’ loss of trust,” the report says. In its policy paper, Campaign for Better Transport once more emphasised the main disadvantages of the current system. Four key points are worth to mention:

As a result, the Campaign’s experts advocate the cancellation of rail franchises in Great Britain. “Franchising should no longer be the basis of rail services on the UK’s railway network. Instead, new models should be brought forward allowing competitive intercity services based on slow auctioning, concessions for commuter areas, integrated urban transport contracts that incentivise modal shift, and specialist agreements for areas seeing significant change and investment,” the report summarised. Similar ideas have been expressed by the UK’s Prime Minister. Many Members of Parliament also support this. But… The only major question is still without an answer. What’s next?