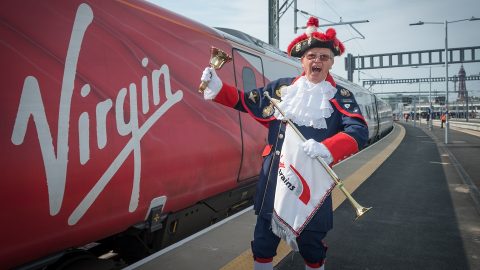 United Kingdom has waved goodbye to Virgin Trains. The railway operator has been operating on the West Coast Main Line for over 22 years. It was the UK’s last railway enterprise owned by business magnate Richard Branson. Virgin Trains has been replaced by Avanti West Coast, a joint venture of FirstGroup and Trenitalia.

This weekend was momentous for the UK rail sector. On Saturday, 7th December, Virgin Trains, a joint business of Virgin Rail Group (51 per cent) and Stagecoach (49 per cent), has performed its last connections from London to Northern England and Scotland. On that day it withdrew from the British rail market after 22 years of operation. “A huge thank you to all our wonderful people at Virgin Trains – it’s down to all of your incredible work every day that Virgin Trains has been the UK’s longest-running and top-rated rail franchise,” Richard Branson wrote in his Twitter. A day later, the passengers have witnessed the first trains of a new operator branded as Avanti West Coast.

Within its last month, Virgin Trains was testing onboard 5G Wi-Fi. The trials were performed alongside McLaren Applied and Vodafone on the trains running from London Euston to Birmingham and Manchester. Virgin Trains launched the test operations of super-fast onboard internet connection in November. They have been going on until this Sunday. Vodafone intends to cooperate with other British train operating companies in order to test and install the 5G technology in the passenger rolling stock.

Besides the super-fast Wi-Fi, Virgin Trains has succeeded to implement other innovations. Most of them were focused on customer service. Among them are the digital train tickets, automatic payments for the delayed journeys, free entertainment system, good catering onboard service and even talking toilets in the trains. Branson’s company also managed to introduce Pendolino trains. With their help, the operator reduced the travel time and improved the service. At the same time, Virgin Trains has been criticised a lot for its fares especially in the peak hours.

In the past two decades, Virgin Rail Group had experience in train operation not only on the West Coast Main Line. Since January 1997 to November 2007, it was running the InterCity CrossCountry franchise. To this end, Virgin Rail Group established Virgin CrossCountry, a joint venture with Stagecoach (with ownership structure similar to Virgin Trains), to serve the train links between South West England/South East Wales an Northern England/Scotland. As a result of the bidding process, Virgin CrossCountry has been replaced by XC Trains that runs under the brand name of CrossCountry and is owned by Arriva UK Trains.

Another Virgin’s operator, Virgin Trains East Coast, was also incorporated in a partnership with Stagecoach. In this case, Virgin Rail Group had only a minority stake of 10 per cent. This franchise was running for a short period of time – from March 2015 to June 2018. Stagecoach and Virgin Rail Group lose the franchise due to bad operating performance on the East Coast Main Line between London, Yorkshire, the North East and Scotland. The franchise was transferred to the government-owned operator London North Eastern Railway (LNER).