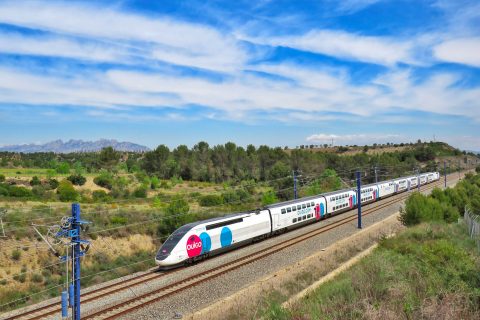 The arrival of new competitors in Spain between Madrid and Córdoba and Málaga in the southern region of Andalusia will not be this summer, and probably not this year, as planned. The delay in operating in competition on the country’s first high-speed line is the result of signalling that is incompatible with current standards.

The Iryo-trains from new operator ILSA, has already announced that it will have to wait until 2023 before it starts operating the line between Madrid and Andalusia. The French company Ouigo España, which has started services between Madrid and Barcelona, was theoretically planning to operate on this route. The SNCF subsidiary is therefore considering delaying its arrival for at least two more years.

In the end, only Renfe, with both its AVEs and Avlo, is currently technically capable of operating on this high-speed link.

Last December, Adif, the Spanish railway infrastructure manager, undertook a series of essential works to modernise the high-speed line between Madrid and Seville, the oldest in Spain. The Madrid-Seville high-speed line, which has been in service for almost 30 years, was the first high-speed line to be opened in Spain in April 1992. But at the time, in the absence of European signalling standards, the Spanish had to choose what was available on the market. It was the German LZB system that was implemented on this line.

It is this setback that has forced Ouigo to delay its arrival in Andalusia. The adaptation work will not be completed before 2026, but the French subsidiary hopes to be able to operate the line at least by the end of 2023 or the beginning of 2024.

The branch from Cordoba to Malaga is more recent and already has ETCS level 2, the European digital signalling standard. Adif has therefore planned to deploy ERTMS Level 2 on the “old” Madrid-Cordoba section in two phases: the first between Madrid and Cordoba, and the second between Cordoba and Seville.

Renfe maintains that it will try to have the Avlo service up and running by 2022, but Spanish commentators believe it is highly likely that the project will be delayed until 2023, when Iryo would launch its very first trains. This gives the Spanish incumbent a free hand for about two years to fine-tune its pricing policy.

When cheaper competitors do arrive, Cordoba could become a low-cost high-speed hub. Competitor Iryo has announced that all trains running between Madrid and Seville, and between Madrid and Malaga, will stop in Cordoba. This means nine frequencies to and from Seville and all seven to and from the Costa del Sol.

It is not yet known what Ouigo España’s exact plans are, such as the amount of return trips, nor those of Renfe, which already has abundant AVE traffic. Its Avlo, the low-cost AVE, would not be launched immediately to Seville and Malaga.