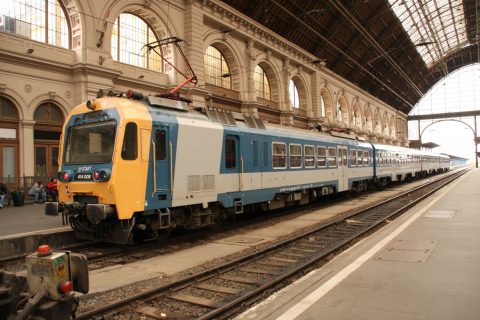 The Hungarian government last month signed off on the so-called Budapest Suburban Railway Node Strategy, which is designed to increase the number of passengers using railways in and around Budapest by 80 percent over de coming three decades.

The population of the Budapest metropolitan area is projected to grow by 13,25 percent through 2040, necessitating an expansion and revamp of the suburban railway lines. In the city proper, too, a complete overhaul of the ageing infrastructure and rolling stock is required.

“The vehicle fleet has partially been renewed, but there are still 40- 50-year old trains in service. The biggest problem lies within the capital. The railroad network was not significantly developed since World War I, almost all suburban lines arrive at terminal stations, and do not provide connections to the city or the public transport system”, the strategy document reads.

As a result, train, metro and tram have a combined share of only 21 percent in the daily number of trips in and out of Budapest, with cars having triple the share in daily movements. This not only leads to congestion problems but also results in significant CO2 emissions.

The answer, local and national officials believe, lies in increasing the share of rail in daily commuting. Projections suggest a fourfold increase in the number of railway trips is feasible, which could result in 80 percent more passengers.

Key projects of the strategy are the Southern Belt Railway, which runs from the Kelenföld on the Buda side of the capitol to Keleti, on of Pest’s terminal stations. The current route is completely saturated so expansion is required. Another key development is a new railway tunnel under the river Danube, which will increase throughput and raise the number of new connections without transfer.

Additionally, the city’s suburban railway network will be revamped, accompanied by a rolling stock replacement project. The main lines and branch lines will also be overhauled and replaced by double tracks where possible.