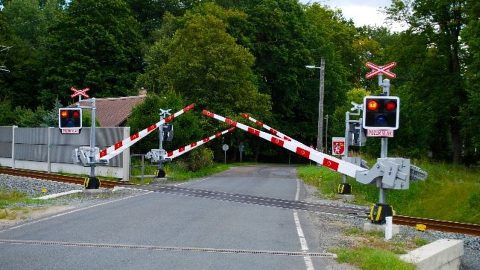 Czech rail infrastructure manager SŽDC continues to improve safety at the country’s level crossings. The company intends to equip 13 level crossings with barriers, light and sound warning signals this year. The corresponding draft was composed to be approved by the Ministry of Transport.

“The statistical data of accidents at railway crossings confirm that the improvement of security in the entire possible spectrum, from installing the warning light systems to supplementing the barriers is effective in the long term. Thus, every year we select level crossings to modernise and improve the safety equipment,” CEO of SŽDC Jiří Svoboda said. According to him, the barriers and the upgraded safety equipment will be installed at three railway crossings of the Lipová Lázně-Javorník line in Silesia. Several level crossings in Bohemia will be also equipped with barriers

The other measure in improving rail safety at the level crossings is the replacement of crossbucks with light and sound warning signals. SŽDC plans to upgrade level crossings in such way on the lines in Bohemia: Kolín – Ledečko, Neratovice – Brandýs nad Labem, Olomouc – Krnov, Domažlice – Planá u Mariánských Lázní and Tábor – Bechyně. Moreover, the railway crossing near Milhostov u Mariánských Lázní on the Karlovy Vary – Mariánské Lázně line will receive barriers.