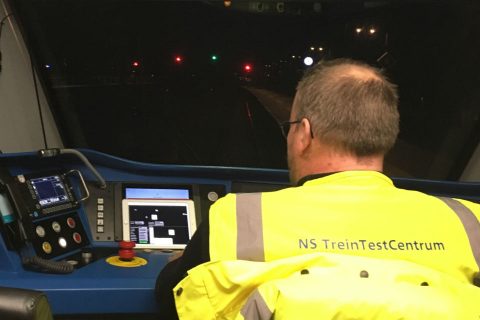 Dutch Railways will conduct new round of ATO tests

Dutch railway operator Nederlandse Spoorwegen will continue the research on Automatic Train Operation (ATO). The new round of tests will be carried out in January 2020. It will allow the company to collect more data about ATO technology and compare it with the previous results.

Nederlandse Spoorwegen (NS) has conducted the first round of ATO tests on the night between 10 and 11 December. The initial examination was performed on the Hanzelijn between Lelystad and Zwolle. For further examination, the same Sprinter New Generation (SNG) train and the same route will be used. “In a subsequent test, we will drive more journeys along the same route in order to make a good comparison with a regular train service. This makes it possible to link more valid conclusions to the tests and determine whether the expected benefits of ATO will actually be delivered,” said Luuk Kessels, project manager at NS.

The new phase of ATO tests will be also carried out in a partnership with Spanish company CAF that produced the SNG train and supplied ATO technology on it. This time the trials will be focused on slippery traces. “The advantage of testing in January is that we are dealing with slippery traces, whereby we can also include the reaction of the ATO system in the results. It is important that we gain experience with this because we also want to continue to run exactly according to the timetable during a period with smooth tracks,” noted Luuk Kessels.

In the expiring 2019, two railway operators conducted ATO tests in the Netherlands. It was Arriva that examined the technology besides NS. That operator examined ATO on the Groningen – Zuidhorn line in the northern part of the country. For the trial operations, Arriva used its Flirt train. The company also plans to continue its examination in the coming period. It is worth to remind that the first ATO tests in the Netherlands were performed by Alstom and ProRail in a partnership with the Dutch rail freight operator Rotterdam Rail Feeding on the Betuweroute, the freight dedicated line between the German border and port of Rotterdam.