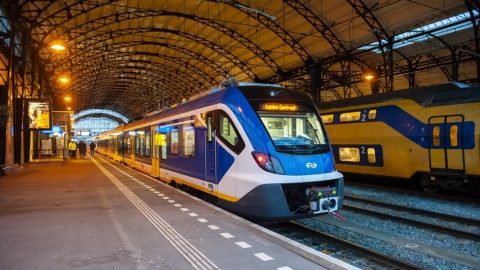 Dutch Railways (NS) has awarded Spanish rolling stock manufacturer CAF a new contract for the delivery of 88 Sprinter New Generation trains based on the Civity platform. The deal was signed on 27 December and provides the supply of the electric trainsets in 2020-2023.

CAF will deliver two types of trainsets: 50 three-car and 38 four-car units. Due to the new contract, NS will add 15,000 seats to its capacity. The ordered units worth 400 million Euros will replace the old NS SGMm sets used on the Dutch tracks since the 1970s and the retired NS Mat ’64 vehicles.

The new order is an option of the 2014 contract valued at 510 million Euros. It provides the initial delivery of 68 three-car and 50 four-car trainsets. Thus, NS will use 206 Civity sets by 2023. With the new agreement, the total investment of NS in new rolling stock and upgrading the old fleet has reached 3.5 billion Euros.

CAF has already fulfilled the initial deal delivering 118 Civity trainsets to NS this year. All the units under the SNG (Sprinter New Generation) name started to run on the Dutch railway network since 9 December. The trains serve the Hague-Haarlem route. “Our travellers are enthusiastic about these Sprinters, our colleagues consider them as pleasant trains to ride on. And I personally think that they are beautiful”, CEO of NS Roger van Boxtel said.

The are more then welcome!

Thank you for information. The text is changed. Have a nice day.