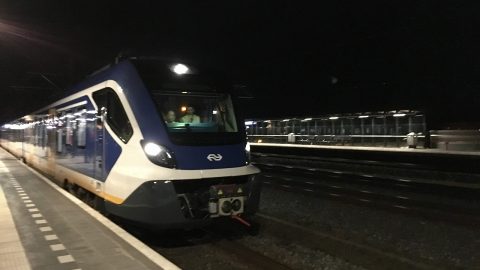 Dutch national railway operator Nederlandse Spoorwegen (NS) has successfully performed overnight tests of Automatic Train Operation (ATO). The technology has been examined on the Hanzelijn between Lelystad and Zwolle. For the trial journeys, NS has used Sprinter New Generation train.

On the night between 10th and 11th December, NS train has run several travels using the ATO technology of the second grade of automation (GoA2). The vehicle departed, ran, braked and stopped automatically. All the processes were monitored by a train driver who was in a cab. NS also examined the punctuality of the self-driving operations. Within the tests, the train departed and arrived in Dronten on time and at the pre-set location.

“This is the first and important step. We learn from this and gain experience for what an automatic train pilot can mean for NS,” said Marjan Rintel, director of NS Operatie, the company’s operational division. The Dutch operator will continue the experiments in the coming months. They will be performed in a partnership with CAF that manufactured the Sprinter New Generation (SNG) train and installed the ATO technology on it.

ATO tests in the Netherlands

NS has become the third railway operator in the Netherlands that have tested the ATO technology. The first trial unmanned journey in the country was performed by the Dutch rail freight operator Rotterdam Rail Feeding. Its shunting locomotive ran on the Betuweroute, the freight dedicated line. These tests were carried out together with ProRail and Alstom.

This year Arriva in a partnership with ProRail, Stadler Rail and the province of Groningen has examined the unmanned technology on the Groningen – Zuidhorn line by using its Flirt train. The partners plan to continue the tests. It is expected that another trial travel will be performed by the Arriva’s automated train on the line between Groningen and Buitenpost which is also located in the province of Groningen.