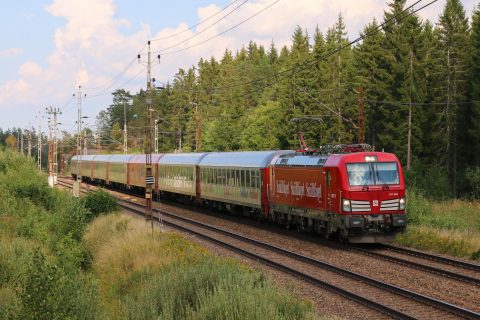 With the European market increasingly opening up to private operators and with the comeback of night trains well underway, the availability of rolling stock has become a large obstacle, especially for open-access train operators. What are different railway players’ experiences and how can the situation be improved?

For new entrants that do not have a large initial budget, brand new rolling stock is not an option. Instead, they would like to rely on second-hand material, as is common practice in the aviation business. But this path is all but closed because “there is hardly any second hand rolling stock market in Europe”, Kaj Mook from Berenschot consultancy underlined at the RailTech Europe 2022 conference. The reasons behind this reality are linked to a lack of rolling stock investments in past years and most of the old rolling stock being concentrated at large operators.

In the rail freight market, the situation is different, Jos Toes, managing director Rolling Stock at Alstom Maintenance in the Netherlands explained. “It’s more or less common in the freight market that operators offer used locomotives to the private market. So I have experienced with 60 locomotives of Deutsche Bahn for example, which went to Norway and Poland.” Due to the regulations, it was difficult to use these vehicles in the Netherlands, different regulations in each country being a hurdle for locomotives and passenger trains alike.

When some rolling stock for long-distance trains is available, the process of homologation and refurbishment is very time consuming and costly. This has been the experience when homologating the Nightjet trains of ÖBB for the different countries they run in, said Kurt Bauer, head of Long Distance Passenger Services and New Rail Business at Austrian national operator ÖBB.

These factors together mean huge investments, and private capital is hard to attract for new operators due to the high risks of entering the rail market and obtaining the train paths.

“There is the risk that because of the rolling stock bottleneck, it will stop the development of commercially driven long-distance services”, said Nick Brooks, secretary general at sector association AllRail. The organisation represents new entrants in the railway market, and is all for a faster market entry for more competition. The rail market is being opened up but possible competitors are hindered by the unavailability of affordable rolling stock.

This slows the natural growth of the rail market to grow the changes to increase its competitiveness, which can  lead to unnecessary public service obligations (PSO), “meaning taxpayers pay for one operator to run trains, while that money could have been spent on better track infrastructure, for example”, Brooks highlighted.

One measure that would get the ball rolling would be making it a rule that used rolling stock is put to auction, Brooks suggested. “Market dominant operators should be forced to put their old material on the market. There should also not be any scrapping of perfectly good rolling stock, even if the scrap value is higher.”

“The governments could lower the risk by giving financial guarantees and lowering financial exposure for operators”, Mook of Berenshot also said in reference to the possible solutions the European Union could implement.

The case of night trains

The fast growing night train business is particularly affected by the limited availability of second hand rolling stock. After a long period of underfunding and lack of attention, sleeper trains have made something of a comeback, with ÖBB leading the charge. But as train fleets are growing, the lack of a second hand market to buy and lease trains is immensely reducing the flexibility and potential of this expansion.

Emerging companies like European Sleeper are struggling to start their business, with co-founder Elmer van Buuren explaining how difficult it is to buy material at profitable conditions due to scarcity. Furthermore, the complexity of homologating, operating and dealing with different national regulations and infrastructure managers are all disincentives to private investments. The lack of capital, together with scarce affordable second-hand rolling stock, is a vicious circle that is preventing new entrants to start their business and rail to become competitive.

Rolling stock is indeed the crucial point why we don’t see more trains in Europe, and is the biggest problem for all long-distance trains, Bauer from ÖBB stressed. The operator, which currently has the largest night train network in Europe, does not fear competition from newcomers. “We actually hope for competition, there is a huge demand”, he said. Because of the established operations and capital, ÖBB however does have the means to order new rolling stock, and is doubling its capacity in the coming years. Thirty three brand new Nightjets built by Siemens Mobility will enter service from 2023 onwards.

Next to a non-existent market of second hand rolling stock, there is also no leasing market for long-distance trains. This is not without reason, Bauer explained. “There is no European rolling stock. If I were a bank or financial investor, I would not know which rolling stock to invest in, even If I would have the money and willingness. There is no go-anywhere railway vehicle in Europe you can buy to lease to the market”, referring to each country’s different regulations and peculiarities again.

If regulations in order to increase the availability of second hand rail material are not put in place, little advantages can be achieved with a liberalised market. “The ultimate goal is for an operator, regardless where it’s from in the EU, to be able to operate across a border on its own”, said Brooks. “Without having to tackle a lot of regulations as soon as a train crosses a border. Then it won’t be necessary to tie up with another operator that has the expertise in another country.” This is also common practice for the Nightjet trains of ÖBB, for which they work together with other (national) operators, such as with the Dutch NS for the Nightjet Amsterdam – Vienna.

‘Divide between state-owned and private is not so interesting’

On paper, a train homologated for all of Europe could be possible today, Alstom’s Toes said. “The general product homologation, the European authorisation to put it on the market, can be done quite fast today, but many national regulations come on top of that. These national regulations should be put in a European context.”

Van Buuren of European Sleeper emphasised the similarities between the larger state-owned players and private, new operators. “We are a private company, but that doesn’t mean we are not working for the community. The divide between state-owned and private is not so interesting, because we all offer services to the community”. That shows how the private sector is more than ready to join the liberalised market, if only equal opportunities and conditions for all actors would be guaranteed. In conclusion, Bauer of ÖBB said he has heard the same talking for the last 10 years. “In reality, I do not really see a change yet. The time of talking is over, we really need to get things moving now.” 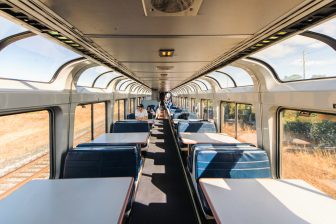 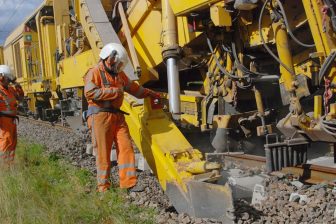 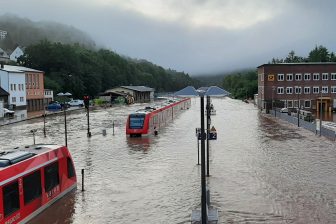 2 comments op “Rail operators want to run more international trains, but where to get them?”

Some great ideas, a truly Europe wide system could perhaps use a Wagon Lits approach with dining cars from the country en route that does them best for example too, cycle carriage would be excellent and popular, also the playrooms that Nordic railways have pioneered make family holiday travel work on long distances.

Trainsets authorized for one country should be allowed to run in other countries at least for a smaller part of the lenght of the route. Except if particular equipment is essential (e.g. signalling and different voltage). It is a pity hat even EMTS has been made subject to national variants.