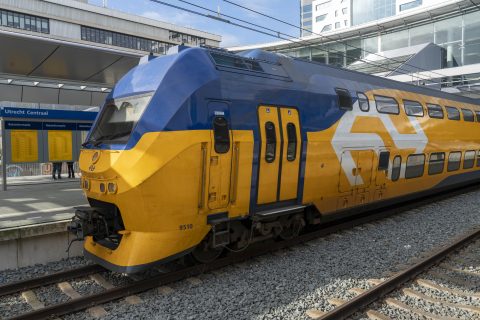 Dutch Railways (NS) will modernise all of its 51 double-decker series 4 trains (VIRM4) in the coming years, the company announced this week. The overhaul calls for an investment of 323 million euros.

The first train set will be upgraded in 2023 and will return to service by the end of 2025. The following year, the revamp programme for the other 50 train sets will commence. The overhaul will wrap up in 2028. The 51 trains consist of a total of 204 coaches.

NS intends to carry out a 99-percent circular upgrade programme, meaning most if not all of the materials will be reused. Either in the trains themselves or elsewhere.

The VIRM modernisation programme kicked off in 2016 with upgrades to the 81 series 1 trains. They were put back into service in 2020 with a new service life expectancy through 2038.

NS is currently overhauling the VIRM2 and VIRM3 trains. The first train set returned on the tracks in juli 2021. By early 2024, all 45 double-decker from the second and third series are expected to start running regular train services again.