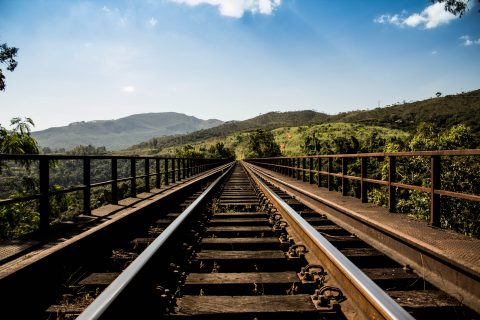 The British Rail Accident Investigation Branch released its report on the track workers that were struck by a train at Margam, Neath Port Talbot, on the 3rd of July 2019. Nine of the eleven recommendations were addressed to Network Rail for improving its safe work, planning processes and the monitoring and supervision of maintenance stage. Renewing the focus on developing the safety behaviours for everyone involved in the front-line of track maintenance.

On the 3rd of July 2019, a passenger train fatally injured two track workers and almost came close to injuring a third, while they were carrying out maintenance work. The driver made an emergency brake nine seconds before the accident and continued to sound the train’s horn. Unfortunately, the track workers were struck by the train at the speed of 50 mph(80 kilometres an hour). The track workers were working on a line that was open to traffic, without being appointed lookouts to warn them of approaching trains.

They were carrying out maintenance work which they did not know was unnecessary. As all three workers were wearing ear defenders and focused on the task, they were not aware of the approaching train until it was too late. The controller of site safety had proposed to implement a system of work, but it was not adopted. As the workers proceeded with alternative arrangements it became less safe which created conditions for the accident to happen.

Several factors were found in the investigation such as the way the safe system of work was planned and authorised, the work itself, the implementation plan on-site and the lack of effective challenge by colleagues on-site when the safety of the system of work deteriorated.

Network Rail might have focused on technological solutions but had not taken account of the people working on site. The safety management assurance system was not effective in identifying the full extent of unsafe working practices and did no trigger actions to address them. The need to take further actions to address track worker safety had been identified by Network rail, but the changes were not made prior to the accident at Margam.

Eleven recommendations were stated in the report and nine of them were addressed to Network Rail. Recommendations for improving its safe work, planning processes and the monitoring and supervision of maintenance stage. Renewing the focus on developing the safety behaviours for everyone involved in the front-line of track maintenance.

The recommendations to improve the safety reporting culture, assurance processes, quality of information available to senior management and processes for assessing the impact of changes to working practices of front-line staff. Establishment of an independent expert group to provide continuity of vision, guidance and challenge to its initiatives to improve track worker safety.

Furtherly, a recommendation for Network Rail, Department for Transport, Office of Rail and Road, railway stakeholders and transport authorities to investigate ways to optimise the balance between the need to operate train services and enabling safe track access for routine maintenance tasks. The final recommendation is addressed to the Rail Delivery group into researching the practicability of enabling train horns to automatically go off when the driver initiates an emergency brake.

RAIB covered two key point reminders, for staff to only carry out maintenance work on insulated tracks and companies to update staff on revised maintenance practices as railway assets are modernised.

“This accident has reinforced the need to find better ways to enable the safe maintenance of the railway infrastructure. The areas that need to be addressed to improve the safety of track workers have been repeatedly highlighted by 44 investigations carried out by RAIB over the last 14 years,” explains Simon French, Chief Inspector of Rail Accidents. “The most obvious need is for smart and accurate planning to reduce the frequency with which trains and workers come into close proximity, while also meeting the need for access to assets on an increasingly busy railway system.”

The Chief Inspector believes it is essential that Network Rail addresses the fundamental requirements highlighted by RAIB’s investigations over the years. “I remain hopeful that the rail industry will find a way to address these thorny and persistent issues. There is now a real sense that things must change,” emphasizes Mr French. “We’ve come a long way since the days when fatal accidents involving track workers were commonplace. However, it’s now time for some clear thinking on how best to further reduce the risk to our colleagues who inspect, maintain and renew the railway’s infrastructure.”