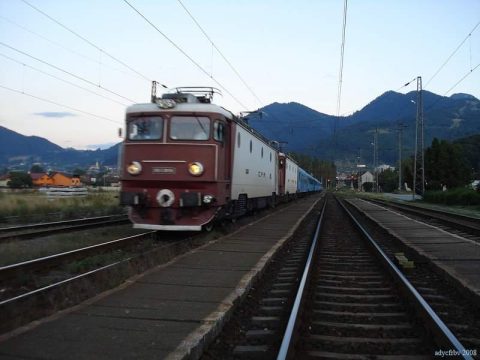 Making use of the European funds to recover after the pandemic, Romania aims to improve rail infrastructure in order to eliminate speed bottlenecks. It will also launch a feasibility study for the country’s first high-speed railway. Lastly, sustainable rolling stock with ETCS signalling on board will be acquired. What do these plans look like exactly?

Romania has big plans to increase the use of the railways by investing in the infrastructure. By 2026, train ridership for passengers should be increased by 25 per cent, is the goal. The same goes for an increase in the volume of freight transportation by rail. These goals are set for Romania’s National Recovery and Resilience Plan, which was approved by the European Commission last year.

In total, 3.9 billion euros of the Recovery and Resilience Plan will go to rail, including modernising railways, but also to acquire electric or zero-emission rolling stock. Among this, the plan is to acquire 12 hydrogen-powered electric trainsets and 55 upgraded electric locomotives. 20 shunting locomotives will also be upgraded from diesel to electric and plug-in, and all purchases of new rolling stock will have European signalling system ETCS on board.

High-speed railway from Bucharest to Budapest

To realise the goal of increasing railway use by 25 per cent, an action plan for the development of the railway infrastructure and the modal shift of passenger and freight transport to the railways was launched. Part of the plans is that a feasibility study for the construction of the first high-speed railway in Romania will be conducted, which should be finished by 2026. The budget of the study is around 120 million euros.

The Romanian Ministry of Transport and Infrastructure is interested in a high-speed rail connection of faster than 200 kilometres per hour, connecting Constanța and the Port of Constanța area with the Romanian capital Bucharest. It would further connect to the Hungarian capital Budapest and with the European railway network. The plan fits the European objective of ​​doubling high-speed rail traffic by 2030 and tripling it by 2050.

For the high-speed train line that would link the national railway network of Central and Western Europe, the Ministry of Transport presents two variants. The first route is through the Olt Valley, passing Sibiu, Cluj and Oradea with a length of 590 kilometres and an estimated cost of 17 billion euros.

The other variant is a hybrid approach, which includes sections with a speed of 160 kilometres per hour for part of the route, for example at mountain crossings. Other sections would have speeds over 200 kilometres per hour, depending on the geographical aspects and economic profitability.

Another part of Romania’s Recovery and Resilience Plan is that a number of ‘Quick Wins’ for railway infrastructure across Romania will be undertaken. This refers to specific works to eliminate speed restrictions, increasing the speed of trains and improving safety on the railway. Speed restrictions are reduced through small-scale works consisting of improving the superstructure of the railway, such as rails, crossbeams, track devices, and ballast.

I wonder if Konstanza (pop. 284,000) warrants a high speed line. At least the terrain is flat and simple.
A Bukarest to Odessa line with a remodeled branch to Konstanza slit off south of Slobozia would be more ambitious.