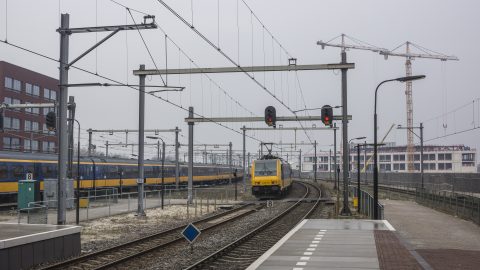 How a communications failure crippled the Dutch rail network

The majority of rail traffic in the Netherlands came to a standstill on Monday afternoon due to a malfunction in ProRail’s communication system. Communication between train drivers and train traffic control was blocked. Train traffic was stopped by the railway manager for safety reasons, causing some passengers to get stuck in a stationary train for hours. Both passenger and freight transporters by rail suffered greatly from the disruption.

According to ProRail spokesperson Willem van Ewijk, the malfunction was caused by a system error in the chain containing the Intel telephone installations of the traffic control posts and GSM-R. “That system error triggered the backup systems. Because these were overloaded, these systems failed, and communication was no longer possible.” He indicates that there was no cyber attack causing the problems.

Although ProRail indicates that this is a one-off failure “which is very rare”, the rail manager is still conducting further investigations to determine what the exact cause of the system failure is. The system was manually reactivated around 4 p.m.

On Monday afternoon at around 5.45 pm, ProRail reported that passenger transporters could use an intercity or sprinter train on almost all routes every half hour. On some routes, there were still disruptions for passengers on Monday evening.

The system has been operating as usual since Tuesday morning. “We assume that this will not happen more often, but if it does occur, this experience will help us get the system back online sooner in the future”, says Ewijk.

Because the communication system for the track did not work, it was difficult for train drivers and traffic control to communicate with each other. “It is possible to simply call drivers, but the system helps to make contact with the right people,” explains spokesperson Coen van Kranenburg. “For example, you can call drivers directly per track section, without needing their personal number.” According to him, it is also handy if a driver is replaced by a colleague.

In 2014 it also happened that train traffic was interrupted due to a malfunction of the GSM-R system. That happened in part of the province North Holland and around The Hague. At the traffic control post in The Hague, this was caused by a general malfunction in the KPN network. In Alkmaar, from which the trains in North Holland are controlled, there was a problem with the telephone exchange of the traffic control post.

GSM-R is a railway communication system, the specifications of which were developed in 2000 in a project subsidised by the European Union. These specifications are maintained and further developed by the international rail organisation UIC. UIC is currently working on the successor to GSM-R, the Future Railway Mobile Communication System (FRMCS). In the Netherlands, Nokia supplies the equipment for GSM-R, which is maintained by telecom provider KPN.

He points out that the advantage of GSM-R is that it is a separate network, so that an overload of the regular mobile network does not affect it. “If KPN’s network is overloaded, GSM-R can still work.” According to the telecommunications specialist, GSM-R is “basically used for voice communication between drivers and traffic control”.

FRMCS will not prevent this type of failure in the future, Norp expects. “The reason the rail sector is switching to FRMCS is because you can send a lot more data with this system. You can mount a camera on a train and transmit images, so you can see if something is wrong with the track. It can also be used to transmit data from sensors for track maintenance. Driving under ETCS and future technologies such as virtual coupling are also easier, because data about train positions is exchanged faster.”

“The current GSM-R communication system is very reliable. But just as petrol engines still work, you see that we want to drive electric for other reasons.”

Wi-Fi can be used as a backup for train to ground communications.