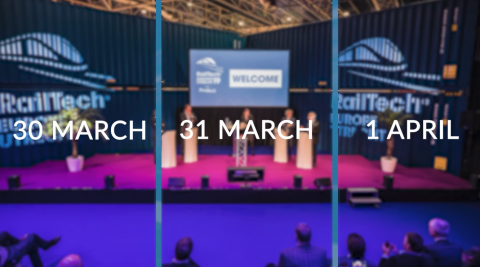 What are the public transport topics during RailTech Europe?

During RailTech Europe, various presentations are focused on public transport. From international train travel, high-speed lines and ticketing, to research into passenger behaviour in corona time. But with over a hundred speakers in the programme, you can sometimes no longer see the wood for the trees. That is why we have listed all the interesting public transport presentations for you in this article.

You probably have noticed that the European Commission has officially designated 2021 as the European Year of Rail. Various speakers will elaborate on this during RailTech Europe. The first speaker that will take the stage is Wim van de Camp, who was recently elected Dutch ambassador for the Year of Rail and used to be a Member of European Parliament.

On March 30, RailTech Europe will start on three different stages. This day is dedicated to the passenger and will therefore be mainly focused on public transport. Dutch State Secretary of Infrastructure and Water Management Stientje van Veldhoven will kick off the Main Stage. Among other things, she talks about the steps she has taken with international colleagues in the field of international train travel. Diederik Samsom, head of cabinet of climate commissioner Frans Timmermans, will elaborate on the Green Deal and the role that the railways will play in making mobility more sustainable.

NS CEO Marjan Rintel talks about the steps that the rail operator has taken in the field of sustainability. For example, NS trains have been running on green electricity for a number of years and the railway company ensures that as many materials as possible are reused when renewing trains. This year, the Dutch Railways was awarded for the modernisation of the VIRM double-decker trains.

Florian Böhn, head of the rail department at the German Ministry of Transport and Digital Infrastructure, will give a presentation on the Trans Europ Express, a legendary night train network that is being revived. TEE 2.0, in which Deutsche Bahn, ÖBB, SNCF and SBB work together, introduces new cross-border night train connections in Europe.

Hinne Groot, coordinator International Rail Affairs at the Dutch Ministry of Infrastructure and Water Management, and researcher Delphine Grandsart of the European Passenger Federation also delve deeper into the subject of international train travel and talk about the steps that are important to promote this.

Kaspars Briškens, Head of Strategy and Development at Rail Baltica discusses the largest rail project in the history of the Baltic States. Rail Baltica consists of a completely new electrified track, which both freight and passenger trains can use. Passenger and freight trains will soon be able to run on this high-speed line. Part of the project is the construction of seven new passenger stations.

On the ProRail Stage, architect Miguel Loos of Spoorbouwmeester will give a presentation about designs for new station environments. Spoorbouwmeester is responsible, among other things, for the updating, application and further development of the overarching design policy of the rail sector.

Michiel Deerenberg is Programme Manager Innovation at ProRail and explains how rail transport can be made more sustainable. He is involved in various studies into the application of hydrogen and battery trains, including a pilot with a hydrogen train in Groningen.

Jeroen Wesdorp, National Network Programme Manager at ProRail Thomas Moerman, Head of International Affairs at Belgian infrastructure manager Infrabel, explain to participants what it takes to travel seamlessly through Europe by train. To this end, they are working together on a European planning system.

On the Tech Stage, Andreas Toufexes, Stations, Development and Policy Advisor at ProRail explains the opportunities there are to reduce energy consumption at stations or even be energy neutral. He discusses the most recent innovations.

Niels van Oort and Danique Ton from the Delft University of Technology talk about the latest results of a study into travel behaviour in corona time and provide insight into what this will look like in the future. The research shows, among other things, that the corona crisis will structurally change the travel behaviour of commuters.

Audrey Détrie, General Manager at Trainline International, is convinced that more travellers will cross the border by train if buying a train ticket is made easy. She will dive into the latest developments in regards of ticketing. 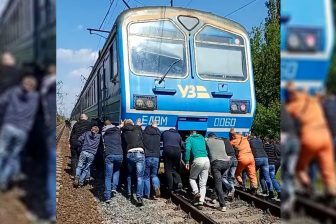 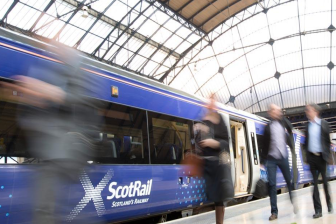 ScotRail could cancel a third of services say unions 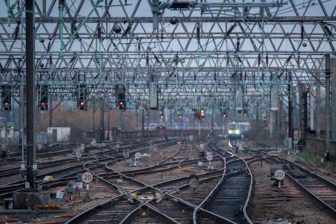 UK timetable changes: fewer and shorter trains in some places