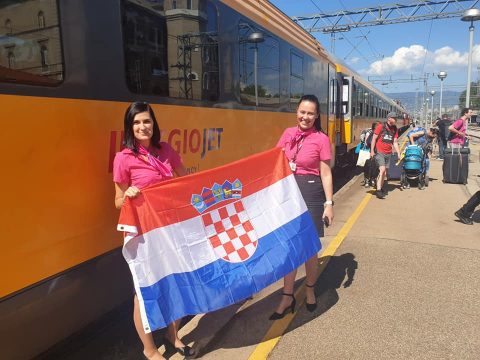 RegioJet starts night trains to Croatia again in May

RegioJet, the largest private Central European passenger rail carrier, will start pre-selling tickets for the seasonal night train service to Croatia in February.  Radim Jančura, the owner of RegioJet comments: “We are back with our summer trains to Croatia. It is the light at the end of tunnel and we look forward to carrying over one hundred thousand passengers on our Croatian trains this year. This year we can start all preparations much earlier and we believe, that planning summer holidays will also bring more positive thinking for our clients.”

Connection bus services from Rijeka, Split and Gračac will serve all holiday destinations on the Croatian Adriatic coast – from Istria to Dubrovnik. Besides that, buses will also connect holiday resorts of Kotor in Montenegro and Neum in Bosnia and Herzegovina.

Last year, the night trains carried more than 60,000 passengers in both directions with an average occupancy rate of 90 percent. This years’ train connections have a similar timetable as last year, with departure from Prague in the afternoon around 5 pm, in the evening from Brno and Bratislava and around midnight from Budapest. In May, June and September, trains will run three times a week with departures from Prague on Fridays, Sundays and Tuesdays, and from Croatia on Saturdays, Mondays and Wednesdays.

In July and August, the trains will run daily in each direction. The arrival to Zagreb and Rijeka will be in the morning of the next day; arrival to Split will be early in the afternoon. They will leave in the opposite direction in the afternoon from Split and in the evening from Rijeka and Zagreb, arriving in the morning of the next day to Budapest, Bratislava, Brno and Prague. 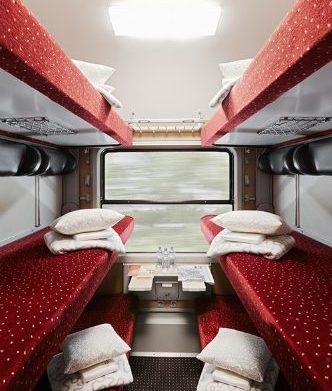 The train set will be composed of cars for sleeping as well as cars with seats. Thanks to the new route, RegioJet will also offer a completely new direct train connection from Prague and other cities to Zagreb, as well as from Budapest to Croatia or Bratislava. RegioJet will cooperate with its traditional partners – on the operations of trains in Croatia with the Croatian Railways HŽ and in Hungary with the Continental Railway Solution.

The total capacity should be reaching 650 passengers in 15 coaches. The RegioJet service will be available on the train, including free breakfast, internet, bicycle transport and the possibility of booking the entire bed compartment for four people for the price of three. The complete prices will start the same level as last year at 22 euros for a one-way ticket in seating coach and 30 euros for a ticket in a couchette coach.

It seems the author does not know the difference in comfort level between sleeping cars and couchettes. In sleeping cars you will find a real bed, with a soft matress, blanket and pillow, and a handwashing basin. In first class you have your own toilet and shower. This is the comfort level of sleeping cars in ÖBB Nighjet.
In couchette cars you travel on a hard top bench with a sheetbag, pillow and blanket.
RegioJet only offers couchette comfort. One of the reasons they can operate at low cost.