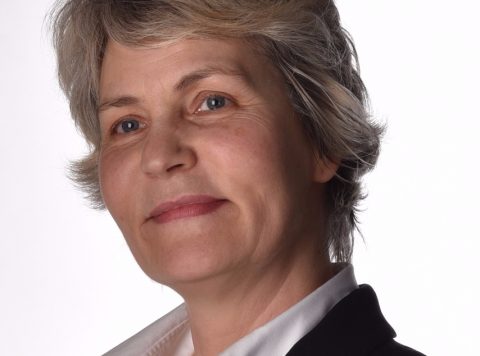 Monika Heiming: the Year of Rail should be more than just marketing

“It is a great idea to declare 2021 European Year of Rail, the timing could not have been better”, says Monika Heiming, director of the European association for rail infrastructure managers EIM Rail. According to Heiming the corona crisis showed that rail is indispensable, but also that work is needed to make it more resilient to future crises. “Let’s make sure that its more than just a floppy marketing campaign, it should also include appropriate investments in rail infrastructure.”

Monika Heiming explained her ideas for the European Year of Rail in the SpoorProTV broadcast of the Dutch colleagues of RailTech. According to the EIM director, it will increase political awareness for rail and that was desperately needed. “It offers a huge opportunity, but it does require meat on the bones. So not just a, let’s say, floppy marketing campaign with which we convince each other how great the track is. We have to reach out to ordinary citizens and show what we have done in recent years, where the added value lies and how great and convenient it is to put goods on rail and to travel by train.”

According to Heiming, the fact that corona will also have a major impact on the rail sector next year is no obstacle to the Year of Rail. “In my opinion, the glass is half full and not half empty. Corona has shown the need to keep the economy going. And that rail is very useful in this regard. It has also shown that there are still some gaps to fill in creating a central market. Liberalization is underway, but I think there is still a lot of streamlining to do. Covid shows exactly what still needs to be done to make the track fit for, I wouldn’t say the next pandemic, but to increase resilience. And that is why the timing of the European Year of Railways is fantastic.”

However, content and concrete actions still need to be added, says Heiming. The European Green Deal and in particular the recently presented mobility strategy of the European Commission are already a step in this direction. What can rail managers do themselves to get the most out of the European Year of Rail?

“Trains in motion may paint a sexier picture than the infrastructure, but trains can only run when the infrastructure is there. That is why it is very important for us to emphasize that we are ready for the modal shift to take place. That we are ready for more train traffic. But that we do need more capacity for that. Both physical and digital capacity. That is the most important message in our opinion. Good investments in physical assets and digital assets and we must also be aware that there is a more multimodal approach, which is why more connectivity is needed between the various links in the chain.”

ERTMS is indispensable for this. “Without ERTMS we can forget about digitisation. It’s the grandfather, the DNA and the first large-scale long-term digital project on rail and we need to make sure it continues. A few years ago, people said ‘shouldn’t we stop? It’s so costly’. We said no, we have long since passed the point of no return and cannot go back. So we have to make it work. The role of the European railway agency ERA is exactly the right one to bring everything together and harmonize it. But what we need to do is speed up, reduce costs and make the whole system more compatible.”

EIM itself will use the European Year of Rail to emphasize the added value for society of all the projects it is working on. “That goes further than just telling you what will be driving on which route. Together with a number of our members, we are looking at the further added value of the investments made in rail infrastructure. That it makes the modal shift possible, is faster than other modalities and increases competitiveness. But also that rail infrastructure plays a strategic role at EU level, it is also important geo-politically because work is not only being done here on the rail. They are also building new international connections outside Europe. We need to better connect the different economies and bring people to the different cities.”

For EIM, the Year of Rail is therefore a way of highlighting the broader added value for society, the economy, the climate and innovation. According to Heiming, among the members, Dutch IM ProRail is working on a “European Train”. This train or wagon should go on a tour of Europe next summer with European policymakers on board. The team of European Commissioner Frans Timmermans cannot be missed. Just the technical realization of a journey to different European cities with the same train would be a breakthrough.

Is the European Year of Rail going far enough? “No, of course not, a lot of marketing initiatives are planned and a lot of awareness is being created, but as I said before, it takes meat on the bones to realize all ambitions. A good European subsidy program must ensure that, investment programs to accelerate the TEN-T corridors and rail freight routes, that’s what we need. In addition, a dedicated digitization program is also needed. That is extremely important, for Automatic Train Operation for example. But cybersecurity is also an important topic that will continue in the coming year. It is extremely important to protect the increasing data flow within the own organization of infrastructure managers, but also among themselves and between customers and suppliers.”

Doubling investments so far would be ideal, says Heiming. “600 million euros for research seems like a large amount, but it really takes more to properly cover all the subjects that deserve attention. Multimodal ticketing, financing, connectivity and passenger rights, for example, but we also need to become more assertive. The rail sector has been quite timid so far. But we need to promote that we are energy efficient, efficient in any case, competitive and proud of what we have achieved so far.”

Watch the episode of SpoorProTV and the full interview with Monika Heiming here: