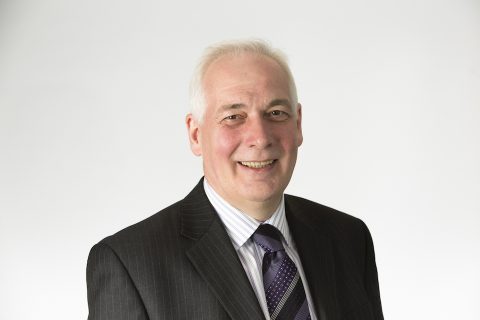 Steve Montgomery, the chair of the Rail Delivery Group, the employers’ representative body, has commented on changes in the way drivers are trained are needed to make the British railway network more robust and services more reliable. His comments come as part of a wide ranging set of clauses and caveats attached to a new pay offer, made to members of the drivers’ union. Montgomery has also thrown down the gauntlet by revealing where drivers stand on the overall pay scale in the industry and in the UK.

Rail Delivery Group, representing the interests of train operators and the infrastructure agency Network Rail, tabled an offer to members of the Aslef union, which represents train drivers in the UK. The chair of the RDG has outlined the changes to working practices he believes are necessary to allow the industry to finance the pay offer, worth four percent in this and the next financial year, and including a backdated payment to the beginning of the accounting year in 2022.

The current method for driver training and learning new routes, is based on a fixed amount of time. Montgomery and the RDG want to see that changed to a regime based on an assessment of each individual drivers skill levels. He says this will allow most drivers to adopt new routes far more rapidly to help plug gaps in service. The presumption is that other drivers would be afforded the time they need to reach route competence, although the union position on this is unclear, it is likely they will see this as a compromise that cannot be made, citing safety grounds.

The chair of the RDG also wants to see an allowance for competent and trained managers to drive trains during disruption. “This is not possible in the majority of cases due to current outdated working practices”, notes the RDG. “In addition to making services more reliable on Sundays, the proposal reduces the time it takes to train safe and competent drivers through better use of technology, allowing more drivers to join the workforce more quickly and building resilience in the network.”

Give employers back control

From the employers’ point of view, the proposals embedded in the pay offer put the control of staff work and training schedules back in the hands of the employers. “[It is the employers] who are accountable for ensuring they are optimised to run the best possible service for passengers”, says the RDG. “[It] gives train companies back the ability to move drivers between depots where there are gaps due to sickness or absence, which cause cancellations or delays, particularly during disruption.”

The proposals also open the door to a more diverse workforce by introducing part-time contracts and more flexible scheduling arrangements. “It looks to address many inefficient and arcane practices that have long since been phased out of modern workforces, such as extra payment for the use of existing and new technology such as tablets and smart phones.”

Perhaps expressing some exasperation at the impasse in the long-running dispute, the Rail Delivery Group has issued figures which compare the mean average train driver salary with other workers in the rail industry and elsewhere. They say that across the network, drivers earn 60,055 pounds sterling (71,465 euro) which compares with 44,985 pounds (53,530 euro) ten years ago. “This compares with the rail sector employee median salary of 44,000 pounds (53,000 euro), the nurse median salary and UK full-time worker median salary of 31,000 pounds (36,890 euro). RDG maintains that the average driver salary has increased by thirty-four per cent in the past decade.

“This is a fair and affordable offer in challenging times, providing a significant uplift in salary for train drivers while bringing in common-sense and long-overdue reforms that would drive up reliability”, said Steve Montgomery, the chair of the Rail Delivery Group. “Allow the railway to adapt to changed travel patterns”, he added. “Instead of staging yet more damaging strike action and holding back changes that will improve services, we urge Aslef to work with us to bring an end to the dispute for our people, our passengers and the future of Britain’s railways.”

As part of a long-term support package initiated by the UK government, taxpayers are still funding up to an extra 175 million pounds (208 million euro) a month to make up the shortfall in revenue post-covid. Leaders of the three unions involved in the current disputes all addressed a sitting of the government’s transport committee on Wednesday, expressing little faith in a fast resolution.