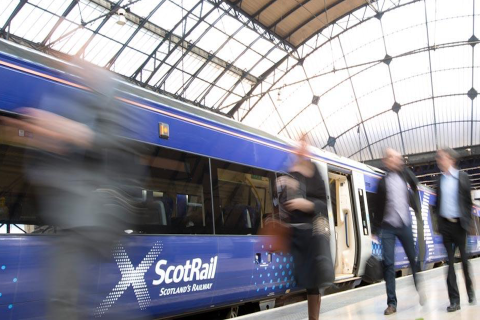 ScotRail could cancel a third of services say unions

ScotRail may be about to radically reduce its service level in response to ongoing industrial disputes that has left it desperate for drivers and unable to fulfil its full programme of operations. Around thirty percent of services are rumoured to be shelved in an emergency timetable.

The claims come from trades unions who say that the operator could be about to implement the biggest cuts since the Beeching era – a reference to the wholesale closure of the UK network under a much-maligned rationalisation programme of the 1960s. ScotRail has yet to respond but has confirmed that contingency plans are being drawn up.

The radical action would leave commuters and tourists without many services over the summer and possibly longer term. The government in Edinburgh cancelled the franchise contract with Dutch-owned Abelio in March, bringing in a new publicly owned management contract model. Meanwhile, ScotRail’s live updates report multiple cancellations daily.

Two major industrial disputes are set to come to a head and spell an equally major headache for the managers of the newly nationalised passenger operator in Scotland. ScotRail, which is just a few weeks into its new relationship with the Scottish government, seems set to hit adverse signals already.

The national dispute is being led by the union RMT, which is believed to be encouraging members to decline from working rest days and overtime – upon which ScotRail relies to fulfil service commitments – particularly at weekends. The dispute is currently in a legally-required ballot of members. That process comes to an end on 26 May, and indications are that members will vote in favour of action.

Separately, the union ASLEF – which counts drivers among its core membership – is in a long-term dispute with ScotRail. The issue is over pay and conditions, and has been an open wound for both the union and the operator for years. The two have been at almost constant loggerheads for the entirety of the Abelio franchise, and relations have not improved now that ScotRail is configured as a management contract under the Scottish government.

“We will not stand aside and watch our railway being dismantled as a consequence of appalling mismanagement and a failure to recruit enough drivers”, said ASLEF Scottish organiser Kevin Lindsay in an angry statement given to broadcasters and newspapers in Scotland. “If the Scottish government plan goes ahead to cut trains, it will undermine their own climate targets, and rip up all of the commitments they gave in relation to the future and importance of rail at COP26.” Notably, the unions called off action during the COP26 talks in Glasgow last year.

Although actively recruiting across its whole operation, ScotRail has consistently blamed outside factors – notably the pandemic – as reasons for disrupting their recruitment and training of new drivers, but is has admitted service cuts are inevitable. “We are experiencing a driver shortage, which means some services will be cancelled”, said ScotRail service delivery director David Simpson. “Unfortunately, since ASLEF announced it would ballot for strike action, a significant number of drivers, but not all, have declined to make themselves available for overtime or rest day working.”