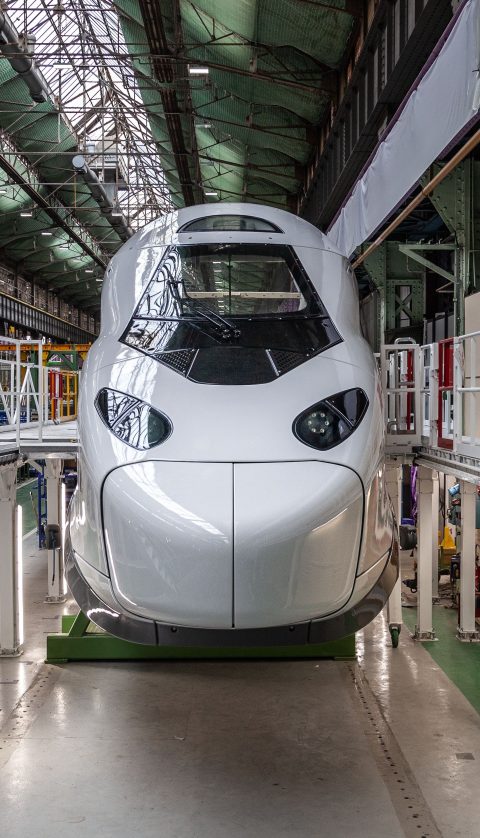 Following the presentation of a TGV M body shell on 16 July 2020, Alstom and SNCF unveiled the first TGV M power car last week on Wednesday. The first trainsets of the new modular TGV are scheduled to enter service in 2024.

SNCF and Alstom worked together from an early stage in a common platform during the definition and co-specification phases of the project. Thanks to a more compact, simplified, and streamlined architecture, the TGV M is said to have reduced acquisition and maintenance costs, while gaining 20 percent in capacity. The train has real-time provision of information on train parts, allowing for preventive maintenance. 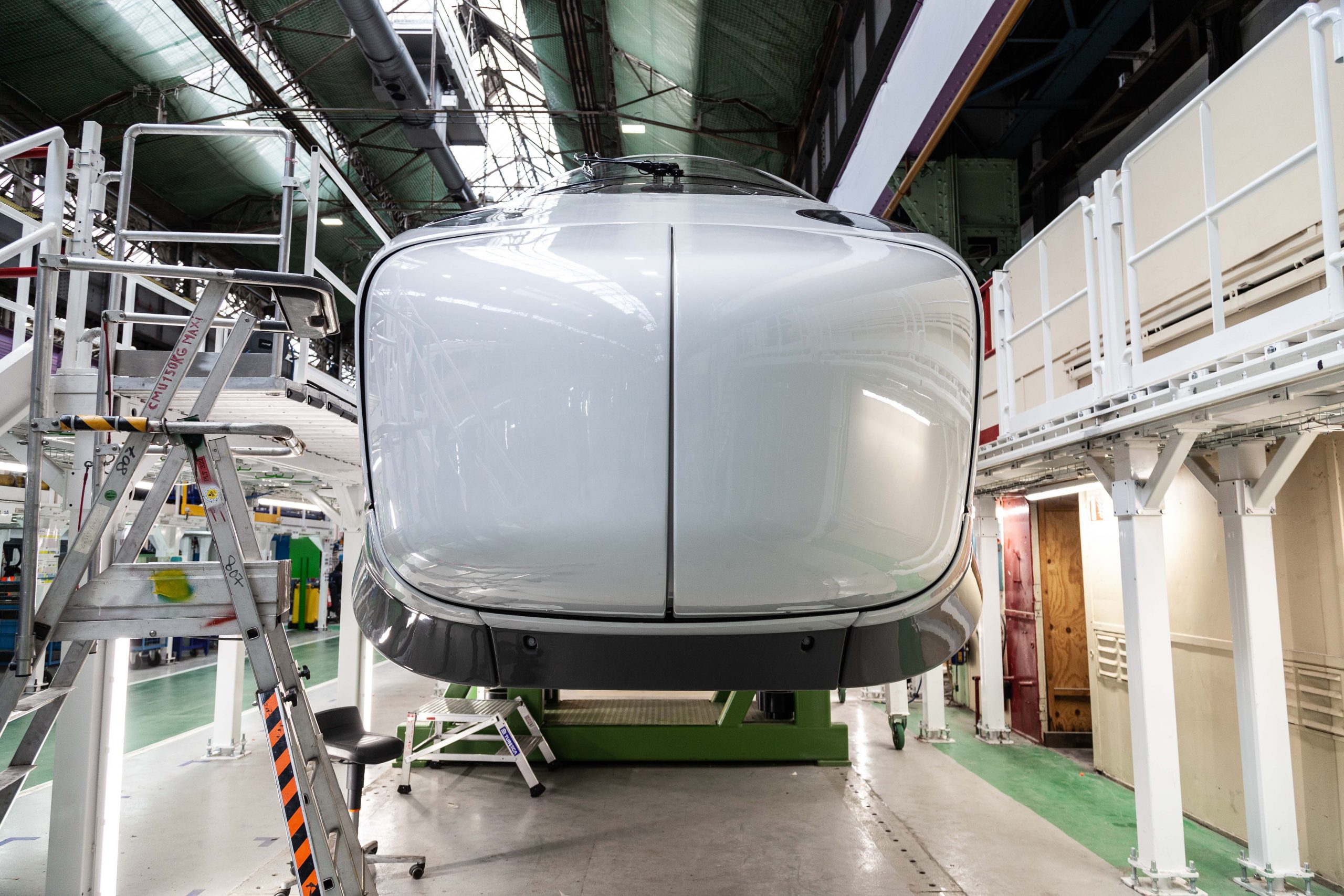 The trains defining feature is that it has a modular design, making it possible to adjust the number of carriages between 7, 8, or 9.  First class seating areas can be transformed into second class areas, and seats can be added or removed, as well as bicycle and baggage storage areas. The on-board floor space is increased by 20 percent, amounting to 740 seats compared to 600 in current duplex carriages.

The trains are fully accessible across carriage areas for all passengers. From the start, TGV M was the first TGV to be designed in close collaboration with wheelchair user associations and will be the first TGV to provide fully autonomous train accessibility for people with reduced mobility.

Last September, an internal competition was launched to create the lamination or coating of two trial trains. During the unveiling event, SNCF Voyageurs and Alstom also announced the winners amongst 210,000 SNCF employees and 12,500 employees of Alstom France. The two winners will be invited to participate in trials to be held in the Czech Republic and in France in 2022.

According to Alstom, the power car is energy-efficient and emits 32 percent less CO² emissions. Also, 97 percent of the train’s materials can be recycled. The return of energy to the catenary during braking, eco-driving and the increasingly aerodynamic shape of the nose allow overall energy savings of around 20 percent. Lastly, the train is claimed to have 20 percent less acquisition costs and 30 percent less maintenance costs.