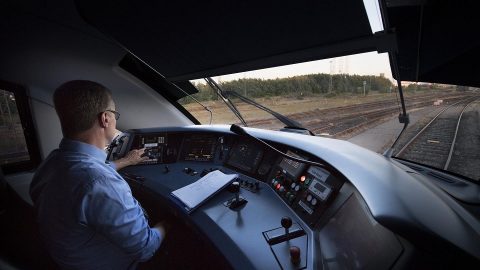 Danish rail infrastructure manager Banedanmark has equipped 100 trains that run on the intercity and regional lines with ETCS. More than 200 vehicles will be retrofitted with the new technology in the coming years. This is a necessary condition of the ERTMS deployment in Denmark.

Denmark has reached a new milestone in implementing its ERTMS programme. Banedanmark, the country’s rail infrastructure manager, installed the ETCS equipment in the 100th train that runs on the intercity and regional routes. This includes the dedicated onboard software, tachometers on the train wheels, radars on the chassis and antennas mounted on the train roof to read balises in the track.

The equipment is compatible with the existing Danish train control system (ATC). Within the ERTMS programme, more than 200 trains will be equipped with ETCS in the coming period. It is expected that ERTMS will be deployed in Denmark by 2030. During the past few years, the new signalling system was put into operation on three lines: Frederikshavn – Lindholm, Køge – Roskilde and Struer – Thisted.

Before retrofitting the regional and intercity fleet, Banedanmark together with Siemens Mobility installed the CBTC signalling equipment in 135 trains that run on Copenhagen S-Bahn network in the previous years. According to Banedanmark, ERTMS will be entirely rolled out on these lines by the end of 2022.

The Copenhagen S-Bahn network is served by the S-tog (‘S-train’ in Danish) units, they connect the country’s capital with its surroundings. The S-tog vehicles were jointly produced by Siemens Mobility and Alstom in 1996 – 2006. There are two types of trains: the eight-carriage (type SA) and four-carriage units (type SE).