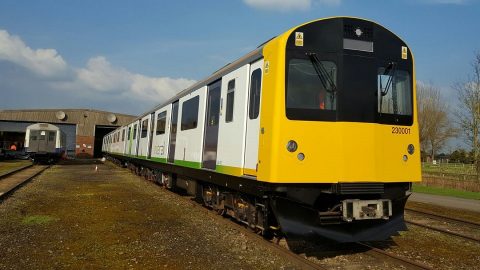 The hydrogen-powered and fuel cell trains have a huge potential in decarbonising the rail sector. They are capable to replace 30 per cent of diesel multiple units by 2030. Such estimation was provided by German-based consultancy company Roland Berger in a report composed for the Shift2Rail, Fuel Cells and Hydrogen Joint Undertakings.

“The technology has been tested for various rail application segments in 22 trials in 14 countries since 2005 globally. The trials have proven that the FCH solution can cope with the requirements of rail transportation,” the report declares. The document also indicates that the FCH technology requires further development. In order to achieve this, 31 barriers should be overcome.

The identified barriers can be divided into technological and non-technological ones as well into high-, medium- and low-priority ones. The technological fences are dealt with various questions of system space and safety requirements, storage solutions, refuelling/recharging, different specifications, design aspect, etc. The non-technological barriers are concerned with regulatory mechanisms and financing. Of 31 fences, only three ones were defined to be high-priority: standard scalable design, storage design knowledge and financing mechanism. 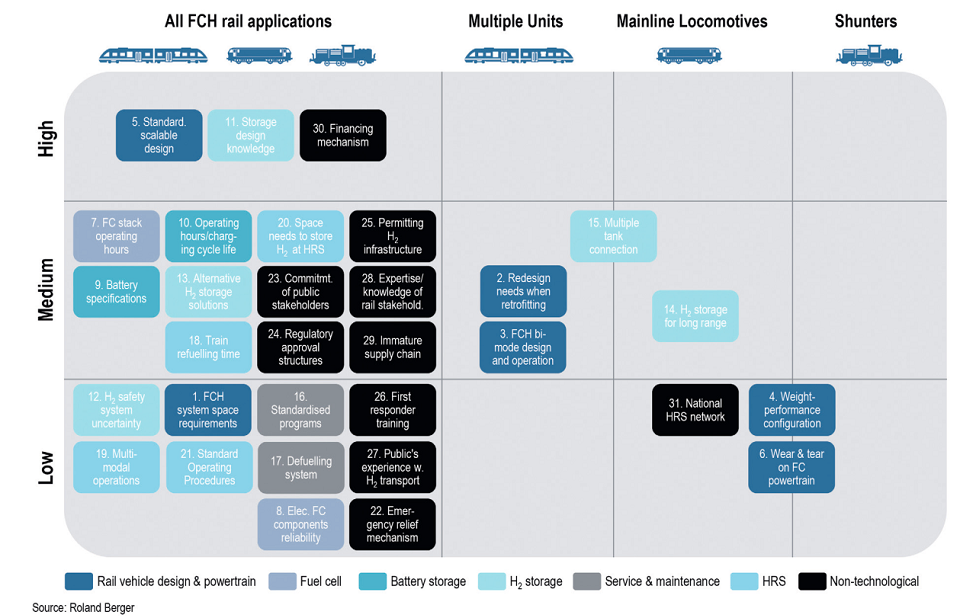 At the same time, the researches identified several important advantages of the FCH technology. They can be classified into three groups: technical and economic performance as well as reduction of emissions. As for the FCH trains, there is an economic sense to use them on the non-electrified routes with a distance less than 100 kilometres. In terms of technical performance, the hybrid vehicles are able to demonstrate similar ﬂexibility and versatility as the diesel-powered units.

The main advantages of the FCH fleet are ecological performance and cost saving. The hydrogen- and battery-powered trains provide zero-emission traction. According to Roland Berger, the new technology can result in an average CO-emission reduction of 550 tonnes a year per vehicle. The FCH trains do not require catenaries that make them more efficient on the rural and mountainous lines with low-intensive traffic. They can be used with very short downtimes – less than 20 minutes. Compared to the diesel trains, the FCH vehicles also show more efficient performance.