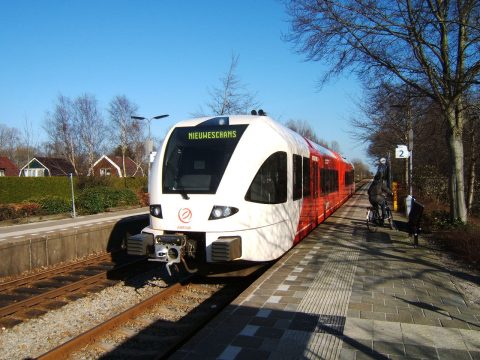 The Dutch provinces of Fryslân and Groningen are able to entirely shift to zero-emission passenger trains operating by battery power in seven or ten years. That is the conclusion of Ricardo and Arcadis in a joint research.

Dutch provinces of Fryslân and Groningen consider a total shift to zero-emission regional trains operating entirely by battery power within seven to ten years. That is the main result of the feasibility study provided by Ricardo and Arcadis.

“In the course of our research, we examined a range of existing and developing rolling stock, battery and charging technologies, including developments in Germany where a hydrogen train has been running since summer 2018. We also explored the application of batteries and charging technology in road vehicles, especially on bus networks, to look at techniques that could be successfully transferred to the rail environment,” noted sustainability consultant at Ricardo Martijn Wolf.

The researchers proposed two different scenarios of the energy shift for passenger rail service. The first one is partial catenaries along stretches of the longer routes. Thus, the trains can charge during operation as well as during station stops. The other scenario is converting hydrogen in a fuel cell into electricity in order to charge the batteries or directly provide the vehicle with power.

“Analyses of the energy consumption of trains on the various routes were carried out in parallel to determine the requirements for battery-powered trains in combination with ‘partial catenary’ and ‘hydrogen’ as range-extender,” added project manager energy transition at Arcadis Niek Müller.

The study focused on the possibility of fitting trains with batteries that could be charged during standstill at turning points – so-called opportunity charging – accompanied by a range-extender solution that would enable vehicles to operate a full timetable each day without the need to carry a large number of batteries.

Arcadis and Ricardo analysts reported that the regional trains could entirely be converted to zero-emission ones only by 2035 due to the current state of technology and the expected technological developments. “Until that moment there is an opportunity to run pilots for detailed engineering of the design, to limit further risks and admission. The upcoming period can then be used for making a choice, applying for permits, investing in infrastructure and tackling the development with current and future stakeholders,” summarized the researchers.