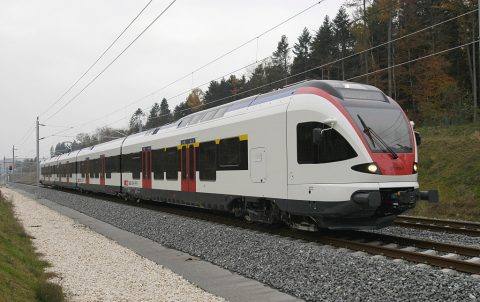 Improving rail services primarily on short and medium distances, such as increasing the S-Bahn services, is the new strategy for Switzerland. To this end, the Swiss Federal Council has revised its long-term rail strategy ‘Bahn 2050’.

Up to now, the 2050 strategy was primarily focused on eliminating bottlenecks and increasing frequency of rail operations. With the revision, the focus will be on improving the railway offer primarily on short and medium distances, for example with additional S-Bahn services and an upgrading of the suburban stations. This was decided by the Federal Council at its meeting at the end of June.

The reason is that the greatest potential for a modal shift to rail lies within the conurbations and on connections between regional centres and the conurbations, says the Federal Council. In concrete terms, this means strengthening suburban rail transport, expanding suburban stations with increased service by IR and RE trains or new cross-city lines in conurbations.

In long-distance traffic, the expansion should primarily take place where the railway is not competitive with the road in terms of travel time. Here, the aim is to reduce journey times in certain areas. In freight transport, access to the railway is to be improved thanks to new intermodal transhipment platforms and city logistics facilities. In this way, the greatest possible contribution can be made to achieving the climate goals.

The Federal Council also made adjustments to already planned expansion steps. For example, the Lötschberg base tunnel is to be expanded to two tracks throughout the whole tunnel. This will create additional capacity and increase operational stability. In addition, an eight-month total closure of the base tunnel with detoured traffic and negative effects on tourism and the economy can be avoided.

An additional 720 million swiss franks is to be made available for the full expansion of the Lötschberg base tunnel and additional costs for other projects such as the Brüttener tunnel, Zimmerberg base tunnel, Stadelhofen railway station and the Geneva junction, which cannot be compensated for with lower costs for other projects. To this end, the Federal Council is requesting an amendment to the corresponding federal decisions. This additional expenditure is covered by the Rail Infrastructure Fund (BIF). The operation and maintenance of the railways will also remain financed in the long term. The revision bill is now going into consultation, the period lasting until 14 October 2022.

More construction which can cause disruptions

The expansion will mean more construction sites on the railway network, which inevitably leads to services occasionally becoming unstable or having to be temporarily restricted on some routes, the government recognises. To ensure that such construction-related restrictions remain reasonable, some of the works have to be extended in time. This will delay improvements in rail services in various cases by three to five years.

“Additional capacity and increase operational stability” shall be Goal – and provided by upgrading of existing – from one to two tracks, etc.,
Simply a strategy, singular, for ensured robustness, is present!
Period requested just is limited, etc.
“Expenditure is covered by the Rail Infrastructure Fund (BIF). Operation and maintenance of the railways will also remain financed in the long term.”, simple as that! No wonder SBB remains top quality!
Pease infrastructure managers, listen and learn!