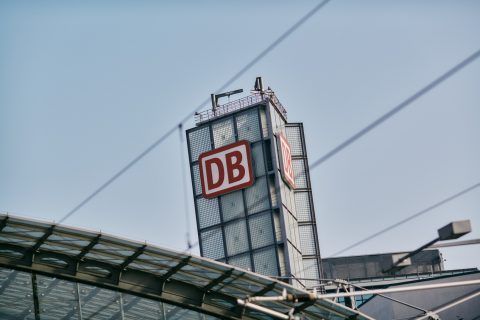 The current structure of Deutsche Bahn group is not appropriate for the planned increase of capital with 7.5 billion in favour of DB, says the German monopolies commission. It cannot be guaranteed that this will only benefit the infrastructure and not DB’s operations.

In its 8th sector report in the railway sector, published mid-july, the German Monopolies Commission makes recommendations for strengthening competition in the railway market. In Germany, the railway market is dominated by Deutsche Bahn. They own the majority of the infrastructure, and by far run the most train operations. With 96 percent of long-distance rail transport and 72 percent of regional and short-distance transport in 2019. Only 4 percent of long-distance trains are run by competitors, such as FlixTrain and the Austrian ÖBB.

In a situation many would call a monopoly, the Commission that concerns itself with this and advises the government has much to be desired. These are the recommendations of the Monopolies Commission.

Separate infrastructure, or direct grants only

The German Government announced in 2019 and 2020 an equity increase of around 7,5 billion euros in favour of DB Group. To the Monopoly Commission, the planned measures are understandable from the point of view of the Federal Government as a shareholder. However, they warn that this carries the risk of competitive distortions.

Operators are currently charged per track kilometre. This incentivises them to run longer trains which provide a certain level of capacity at a lower frequency to reduce costs, says the commission. The commission proposes that track access charges should be based on train capacity, which it says could create incentives for a higher service frequency on under-used railways.

Beyond that, the economic effects of the Covid-19 pandemic should be mitigated in a competition-neutral manner. In addition to the current track access charges subsidies, a temporary revenue refund for all railway operators would be an appropriate solution, says the Commission.

Offer all rail operators the opportunity to participate in the ‘Deutschlandtakt’

The Monopoly Commission’s report also evaluates the law on the further development of railway regulation law, which came into force in June 2021. This, among other things, creates the first legal basis for the introduction of the ‘Deutschlandtakt’, a new Germany-wide coordinated railway timetable. The Deutschlandtakt is intended to steer more traffic into the railway system. To this end, train connections are to be coordinated nationwide at half-hourly or hourly intervals, and journey times are to be reduced.

“The Deutschlandtakt is a huge opportunity for the mobility transition. But only if it is not a DB cycle”, says the chairman of the Monopolies Commission, Prof. Dr. Jürgen Kühling.

To implement the Deutschlandtakt in the long term, further legal adjustments will be necessary in the upcoming years. For example, it will be necessary to adjust the allocation procedure for railway lines. It is important to ensure a competition-neutral regulatory framework, notes the Monopoly Commission. They recommend the introduction of either a competitive tendering or a concession model in the long-distance railway transport market. This measure would offer all railway operators the opportunity to participate in the Deutschlandtakt.

Make use of digitalisation in rail

Digitalisation will increase the capacity and attractiveness of the railway system, emphasises the Commission. Real-time data will allow to inform travellers promptly about delays, disruptions, and train cancellations. Not all sales platforms are able to display real-time information as of now. The Federal Ministry of Transport and Digital Infrastructure is already supporting a better integration of real-time data.

The first projects are emerging to make sector-specific online sales systems more attractive for travellers. The Monopolies Commission recommends that all sales platforms be given non-discriminatory access to real-time data, strengthening the diversity in online sales.

Penalizing longer trains will reduce the main strength of freight trains. Us experience show that it is the key success factor. Already penalized by a lower priority than passenger trains freight trains will lose their main opportunity to compete with road and the wished European modal shift will suffer.Frequency will come with volume increase. Reliability and cost are key factors and a major move from MS governments and EU would be to share the network capacity between Freight and Passengers.

The DB – Netz AG is a sister company of the DB AG. Investment into the DB – Netz AG for infrastructure cannot easily be used elsewhere in the parent company. Therefore these concerns are unfounded and wrong!!