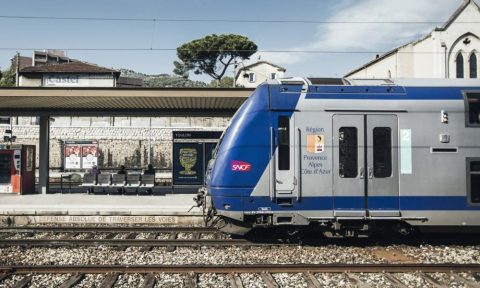 The liberalisation of the domestic rail market in France is a special case in a country that is very keen to value its historic company. In France, railway competition is still considered as a threat rather than an opportunity. What are the developments in the mainly closed market of regional trains in France?

Goods trains and long-distance trains are supposed to be commercial and do not receive state subsidies, except for loss-making trains called “TET” (trains d’équilibre du territoire). TER trains are purchased by regional governments, which have been responsible for local rail services in their areas since the late 1990s. All services are subsidised by the French regions, but they have little real control over them.

SNCF and the regions

In fact, most French lines have services based on historic timetables, and in some cases on state railway operator SNCF’s operational convenience. Relations between SNCF and the regions then became progressively tetchy because the regions do not have independent railway units and have to make do with the arguments of the public operator.

Experience was gained since mid-2016 to see the potential benefits tendering might bring, with a proposal from Bourgogne Franche-Comte region to allow non-SNCF operation of the Ligne des Hirondelles (Line of the Swallows) between Dole and Saint-Claude. The region of Bourgogne Franche-Comte accepted to fund 6 million euros of infrastructure work to keep the line open over four years, but in the end this experiment did not meet success.

The aim of liberalisation is to bring down the cost of the TER, which in France is said to be in the order of 18-23 euros per kilometre. It should be noted that the argument frequently put forward to justify this high price is that it reflects the lower population density, compared to certain regions in Germany, northern Italy or the Benelux countries.

That poses a major problem for the regions concerning the coverage of costs by tariffs, which only reach 27 to 30 per cent. Deficits are then very high, and this weighs heavily on the finances of the regions. For example, the TER traffic is one of the largest expenditure items in the Grand Est region, which devotes more than 445 million euros per year to operate a network of 2,727 kilometres of railways and the 361 stations.

Opening up to competition

Since December 2019, the French public authorities (state and regions) have the possibility of putting out to tender. The EU has set up a 2023 deadline to open up subsidised Public Service Obligation (PSO) passenger services to competition by call of tender. The regions can conclude a new contract with SNCF before 2023. As contracts are for a maximum of ten years, this could allow the railway company to retain a monopoly until 2033.

Four regions – Hauts-de-France (Lille), Sud-PACA (Provence Alpes-Côte d’Azur), Grand Est (Strasbourg) and Pays-de-la-Loire (Orléans and Tours) – have decided to open their TER markets to competition, in various forms. The other regions prefer to conclude contracts with SNCF, but it seems that the public company has had to change its approach. Liberalisation would therefore have had an impact on the organisation of RER traffic, as it did for DB Regio in Germany.

Sud-PACA was the first region in France to launch in March 2020 a competition for 10-year concessions to operate TER regional rail services over two service groups, between Marseille and Nice and between Les Arcs-Nice and Ventimiglia (Italian border). According to local media, however, the SNCF is currently the only candidate for one of the two call of tenders.

Region Grand Est goes one step further in its plans. It has decided to tender non-electrified Nancy-Vittel-Contrexéville line in a unusual format, the winner taking responsibility for both managing infrastructure and operating the train service. As of yet, there are no winners for the tender. Grand Est is also working on seven cross-border lines with various German authorities. Haut-de-France region put three groups of services out to tender, on the routes between Paris and Beauvais and services around St Pol-sur-Ternoise and Amiens.

The future will tell of how things develop. In addition to the difficulties of new candidates in France, the pandemic has also changed the rules of the game. With a significant drop of customers, we can wonder about the future of the liberalisation policy. The state will have to pay in any case, especially for infrastructure through SNCF Réseau, which retains its monopoly on all railway lines of the country. Liberalisation is therefore mostly dependent on the policy adopted by SNCF Réseau. As everyone knows, without a good network, no good train services.