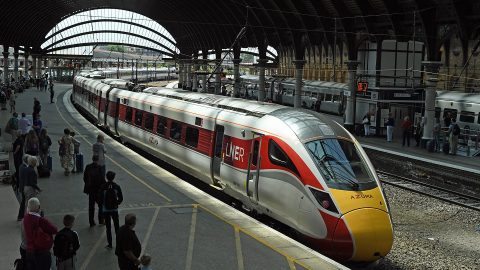 To recover the economy from the corona crisis and to reduce carbon emissions, Britain’s government should revolutionise the transport tax policy. Such a call was made the Rail Delivery Group, an umbrella organisation for the British rail sector. The association considers that the key attention should be paid to the taxation of electricity consumed by railway operators.

The members of the Rail Delivery Group have emphasised that there is a lack of a level-playing field between aviation and railways. According to them, airlines have some tax exceptions for fuel while train operating companies are under the tax burden, especially in terms of electricity supply. This undermines the government’s Transport Decarbonisation Plan and the competition between the modes of transport. Therefore, the umbrella organisation of the UK rail sector have called for reducing taxes on electricity.

“Under current arrangements, fuel for passenger aircraft is exempt from tax whereas rail companies have seen levies on electricity to power trains more than double in the past four years. Taxes now make up almost 40 per cent of the total electricity costs for train operators. Studies have shown that compared to other modes of transport air passengers pay a much smaller proportion of the climate costs associated with their travel,” the Rail Delivery Group noted.

The Rail Delivery Group has demanded several other measures to be implemented. The reduction of prices for long-distance rail fares is among them. “This would incentivise people to make greener choices when travelling in Britain or to international destinations that are easily reachable by rail such as Paris or Amsterdam. In their proposals, train companies have also repeated calls for reform of outdated rail fare regulations which would allow them to offer significant savings for many long-distance passengers by abolishing the cliff-edge between peak and off-peak prices,” the association stated.

In addition, the British train operators have called for other actions. They insist on further electrification of the country’s railway network and demand to increase the share of electrified lines up to 40 per cent. To promote the use of low-carbon modes of travelling, there should be established integrated transport hubs in the United Kingdom. Moreover, carbon targets should be included in future management contracts. The Rail Delivery Group has also suggested an idea to incorporate a new National Rail Body for carbon monitoring and environmental regulation of the rail industry.