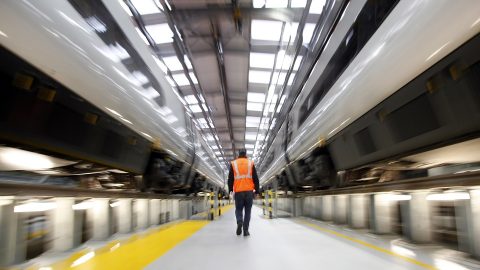 Bombardier in merger talks with Alstom

After selling a major part of its aviation business, Canadian company Bombardier plans to get rid of its rail activities. It has started negotiations with the French rolling stock manufacturer Alstom on a possible merger. This deal could be also blocked by the antitrust authorities as it was with the Alstom-Siemens merger deal last year.

“Bombardier Inc., the embattled Canadian train and plane maker, is exploring a combination of its rail business with French rival Alstom SA,” Bloomberg reported on Wednesday, 22 January, citing the anonymous people familiar with the matter. According to this source, the parties have held the preliminary talks in the past few months. If Alstom and Bombardier succeed to conclude a deal, it will strengthen the French manufacturer in its competition with Chinese companies.

Bombardier Transportation, the rolling stock division of Bombardier, is headquartered in Germany, owns numerous manufacturing facilities across Europe including Germany, France, Belgium, the United Kingdom, Poland, and has 9 per cent of the European market. Therefore, the discussed merger must be approved by the European antitrust authorities.

Many analysts forecast that the Alstom-Bombardier could be also blocked like the merger of Alstom and Siemens Mobility. “Revenue is similar and a merger would create a significant concentration of sales in the European rolling-stock sector, akin to the recently rejected Alstom-Siemens Mobility deal,” said Mustafa Okur, European Industrials analyst at Bloomberg Intelligence.

Alstom and Bombardier have been working together for several projects. Their latest joint success is the order for 44 metro trains to be supplied to Paris. In 2018 the consortium of Alstom and Bombardier won a deal Société de transport de Montréal. It will supply 17 trainsets to Montréal Metro.

Both manufacturers have joint contracts in other segments. In terms of high-speed trains, they produce famous TGV trains for the French national railway operator SNCF. They are also producing the M7 double-decker trains for the Belgian company NMBS/SNCB. Moreover, Alstom and Bombardier have performed several signalling contracts in Spain and other countries.