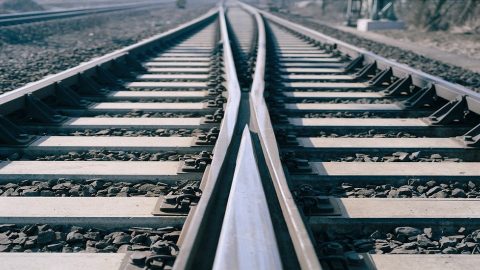 German supplier of railway products Vossloh Group has sold Cleveland Track Material, its main facility focused on manufacturing the turnout systems for the North American market. The plant was purchased by Progress Rail, a subsidiary of Caterpillar, a well-known producer of machinery and engines.

In over two months after the prominent deal for getting rid of its locomotive business, Vossloh Group is moving towards reducing the turnout division. On Thursday, 7 November, the German company has completed the sale of Cleveland Track Material (CTM), its important facility for supplying the turnout systems for North American customers. As a result, the Cleveland-based subsidiary will be owned by Progress Rail, major U.S. manufacturer of locomotives and signalling equipment. By concluding the new agreement, Vossloh Group intends to improve its financial performance. “Having closed the transaction, we have reached an important milestone in our current ongoing performance program,” noted Oliver Schuster, CEO of Vossloh.

Does Vossloh remain in the US?

The sale of CTM does not mean that Vossloh Group will leave the U.S. turnout market. Not yet. It still owns a facility in St. Albans, West Virginia that manufactures the turnout systems for the mining industry. Also, the German technology company is present in other segments of the U.S. rail sector. The group subsidiary Rocla Concrete Tie produces concrete ties and concrete crossing panels at seven sites in six states: in Denver and Pueblo (Colorado), Amarillo (Texas), Bear (Delaware), Fort Pierce (Florida), Sciotoville (Ohio), Tucson (Arizona). At the same time, Vossloh Signaling has the facility in Grass Valley (California), while Vossloh Fastening Systems America operates the production site in Chicago (Illinois).