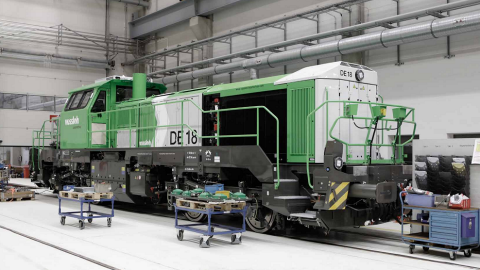 CRRC Zhuzhou Locomotive, a subsidiary of China Railway Rolling Stock Corporation (CRRC), will purchase Locomotives business unit from Vossloh Group. The deal will be finalised in the coming months. Afterwards, Vossloh will focus exclusively on the rail infrastructure sector.

On 26 August CRRC Zhuzhou Locomotive has signed an agreement with Vosslof Group to purchase its Locomotives business unit, currently reported as discontinued operations. The final price of the deal will be adjusted in the coming months. It will depend on the development of various balance sheet positions. According to the estimations, the price will be a low single-digit million figure. Moreover, the transaction should be approved by the respective authorities in Europe and China.

The agreement provides that Vossloh will receive proceeds from the future sale of certain assets, resulting in expected cash inflows of around 10 million Euros in the next few years. On this basis, the German group expects an additional negative impact on the result from discontinued operations in the amount of circa 30-35 million Euros.

The divestiture of Locomotives business unit will allow Vossloh Group to focus only on the rail infrastructure sector. This entity is the last remaining part of the company’s original Transportation division consisted of Rail Vehicles, Electrical Systems and Locomotives.

Vossloh Locomotives is based in Kiel, Germany. It manufactures the shunting locomotives and provides maintenance and repair services. CRRC, the world largest rolling stock supplier, will take over the company after completing the transaction.