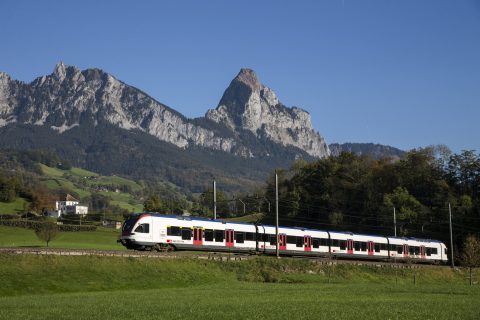 Railways are the most sustainable mode of transport in Europe. Such a conclusion was provided by CE Delft, a Dutch independent research organisation. Community of European Railway and Infrastructure Companies (CER) agrees with this and stresses that the European governments should rebalance transport policy towards the rail sector.

CE Delft has provided its insights in the study “Sustainable Transport Infrastructure Charging and Internalisation of Transport Externalities” prepared for the Directorate-General for Mobility and Transport (DG MOVE) of the European Commission. The report is noted that the European rail sector is more in line with the ‘user pays’ and ‘polluter pays’ principles than other modes of transport.

“The study amounts to a call on governments to rebalance transport policy towards modes with low externalities such as railways. Climate action is a top priority for citizens, as recent elections have shown, and European railways stand ready for a bigger role in transport,” CER Executive Director Libor Lochman said. According to him, the rail sector will become more cost-competitive due to the harmonisation of equipment standards, digitalisation and automation. “Taking advantage of that, policymakers should make rail’s development a priority, so that more persons and goods can move in a sustainable way,” he noted.

The document also shows that the railways have the largest share in covering its variable infrastructure costs and externalities like air pollution, CO2 and noise through charges. “Cost coverage is greater than total cost coverage for passenger rail transport. The ratios for high-speed rail, diesel passenger trains and electric passenger trains are 258, 110 and 86 per cent, respectively. These are a result of rail transports’ high fixed costs being excluded from this ratio, while at the same time all rail taxes/charges being included, as they are considered variable,” the paper stated. Therefore, CER concludes that ‘cleaning up transport with a shift to rail is an obvious solution’.